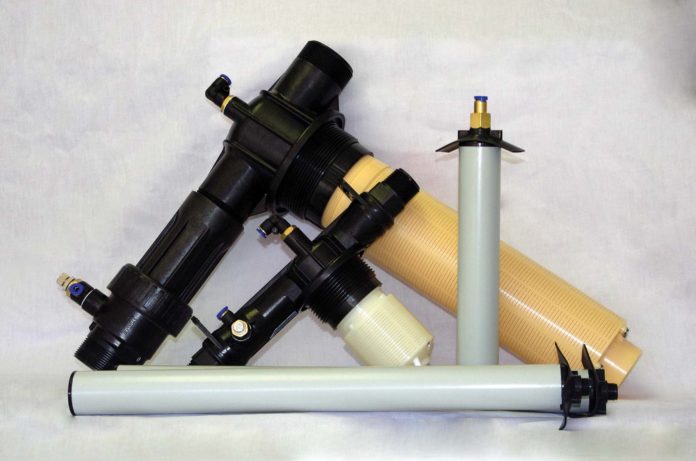 ALLMECH, the sole official agent for Runxin water treatment system valves in the country, is for the first time in South Africa making available a Runxin device – product number F107 – specifically designed to remove manganese and iron from water.

Allmech is a South African manufacturer of boilers and supplier of water treatment components and is bringing in the valve for a pilot project in the agricultural food processing industry.

General Manager Lionel Maasdorp explaind that iron and manganese can be effectively removed from water using a number of treatment processes, depending on both the form and concentration of the metals.

“We are not the first to use these Point-of-Entry (POE) treatment devices, but this is the first time that this specific device is being made available in South Africa and we believe it will help solve the challenges of our customers across several sectors,” he said.

“Manganese tends to be difficult to remove from water because removal depends on its state of oxidation, the pH of the water, the presence of other minerals, and the TDS (total dissolved solids) of the water being treated.”

Another complication is that manganese often appears alongside iron and hydrogen sulphide. While conventional water softeners are sometimes effective for removing iron and small amounts of manganese, Maasdorp said high concentrations of manganese can damage the resin in the softener.

“Resin in a softener should last up to 10 years, but with this client we were making replacements every three to six months. Borehole water is often very high in manganese and iron, and this has major cost implications for businesses if they have to constantly replace the resin in their softeners.

“We have suggested the Runxin iron and manganese removal device to our clients as an alternative solution. It’s essentially a pre-treatment device that removes the substances from the water before it reaches the industrial softening system or demineralisation system.”

The Runxin F107 iron and manganese removal control valve uses a special design that offers a high aeration method. This assures the dissolved oxygen required for manganese removal is present. It has an automatic air release valve, which constantly drains the air and carbon dioxide that is formed in the water.

The valve has a simple design and is made from corrosion resistant material, which ensures reliable sealing. When the water is properly pre-treated with air, any good filter medium will remove the manganese.

When a pump station fails every second counts

THERE was no time to lose when dewatering specialist Integrated Pump Rental took a call from a customer recently; a vital pump station had...
Read more
Pumps, Valves, Hydraulics, Pneumatics

Abrasive Flow Solutions (AFS) has achieved impressive milestones in improving the quality of its slurry valves and extending its facilities in its first year...
Read more