Drones – friend or foe for your business? 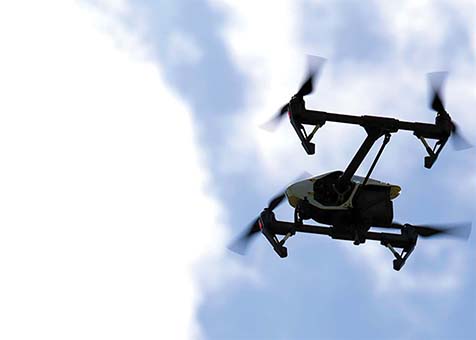 THE rising popularity of drones and their rapid adoption for commercial use is largely due to the ever-expanding number of applications that these unmanned aerial vehicles can be used for and the benefits they bring to business.

However, warns Pieter Scholtz, DSM Expert: AO/Data Centre Services at T-Systems South Africa, “as with any technology, while drones are predominantly being used for good, the flipside of the coin is that their capabilities can be exploited for nefarious purposes and their proliferation poses a growing threat – both in physical and cyber terms”.

Research reveals that around 3 000 drones are currently being used commercially in South Africa, but fewer than 1 000 have been properly licensed, meaning that most are flying outside the law. It is estimated that only about 600 have been registered for business use – current regulations stipulate that drones that are used for commercial, corporate and non-profit purposes need to be registered with the Civil Aviation Authority (CAA).

There are currently 46 Remote Operator Certificate (ROC) holders, which is essentially an approval issued to an organisation in order to operate a drone for commercial, corporate or non-profit operations and many more applications are in the pipeline, according to Dale McErlean, Operations Director at NTSU Aviation Solutions.

“We are seeing a huge change in the market. Drone technology itself is changing rapidly, as well as what can be done with this technology, which is ushering in new demand and services, and new people who are using drones for different applications,” McErlean said.

Scholtz said, “Currently, most drones in South Africa are being used by the mining industry, with about 80% being used for security purposes, while the remainder is being deployed in the areas of engineering, surveying and the film industry.”

Meanwhile, other sectors are also exploring the use of drones, such as agriculture, law enforcement and emergency services. As part of the trial phase, the South African National Blood Service are conducting tests with a drone pilot and medical technician with the objective to use a drone to deliver blood to remote areas where conventional transport is often a challenge.

Even government is using drones, with Gauteng Department of Infrastructure Development achieving unprecedented monitoring of the infrastructure development and construction projects that it is executed with the help of drones.

Drones have already been successfully deployed in urban settings, most recently during the Tshwane protests, where they were used for monitoring and surveying, as well as giving police a perspective of individuals and vehicles involved in the strike, says Jaacie Visagie, Business Development Manager at UAV & Drone Solutions.

“We are currently working on a project where we are implementing Internet of Things (IoT) devices, with trigger sensors. Besides following a normal flight path or grid flying, we’ll be flying on triggers or alerts. For example, if there is a trigger (security breach) in a particular area, we’ll direct the drone to that spot,” said Visagie.

“IoT devices and hardware integrating with drones is becoming a reality going forward, so we are already integrating that technology into our operations.”

However, with drones will come additional security threats, and these will be physical, as well as cyberthreats.

Scholtz said drones can easily be used to trespass on a property, as they can bypass all current security measures, when coming in by air.

Furthermore, weaponised drones can be used to commit terrorist acts and there is already evidence that drones have been used to smuggle drugs, weapons and other contraband in and out of South African prisons, he added.

“Regulations were only promulgated in 2015, by which time the drone industry was already fairly well developed. That brought about a lot of challenges for the CAA, which had to regulate an industry that is not new,” said Sam Twala, Business and Technical Director at NTSU Aviation Solutions.

Despite the rapid uptake of drones across so many industry sectors, regulations are still being fine-tuned. Nonetheless, South Africa can boast about having the strictest drone regulations in the world.

“We need to keep in mind that 99% of drones will be used for good, while 1% will be used for bad. The problem with drones is the magnitude of the damage that one can cause. Drone technology is easily accessible and not always traceable,” Scholtz said. – GeekWire.co.za

THE agricultural industry is full of unforeseen challenges, from unpredictable weather and market conditions to potential machine downtime during harvest season. As a farmer,...
Read more