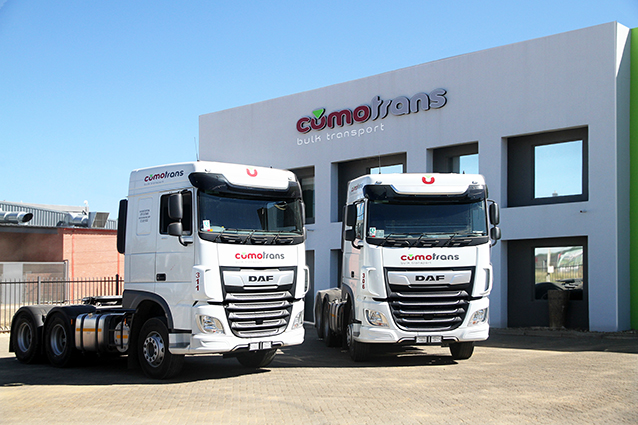 A leading logistic group in South Africa has placed an order for a whopping 100 new DAF XF 480 trucks.

Operating in the tipper, tautliner and tanker transport sectors, the new DAF XF trucks will be used by various companies within the group for bulk transportation of manganese, coal, chrome, maize and fertiliser (Comotrans); transporting of palletised goods (Kritzinger Transport); and in the tanker industry (Mystic Blue).

Mark Gavin, Sales Director Transport Solutions at Babcock, said that the group of companies is not a stranger to the DAF brand, having previously purchased 100 trucks from Babcock some years back. Both orders hold the accolade of being among Babcock’s biggest bulk orders of DAF trucks.

The group took delivery of 13 trucks in April, with the rest to follow at monthly intervals during the course of the year. Bertus Kritzinger, Director of the group, said that new DAF XF trucks have already shown an improvement in fuel consumptions compared to the previous model, which was fuel efficient in its own right.

“We have been running DAF trucks for four years, comprising about 70% of our overall fleet. We are pleased with the performance of the trucks and are very satisfied with the service we are getting from Babcock.”

THE floods in KwaZulu-Natal in mid-April had a severe negative impact on the South African logistics sector. The flooding was particularly devastating in the...
Read more
Automotive