The perils of poorly constructed gabions 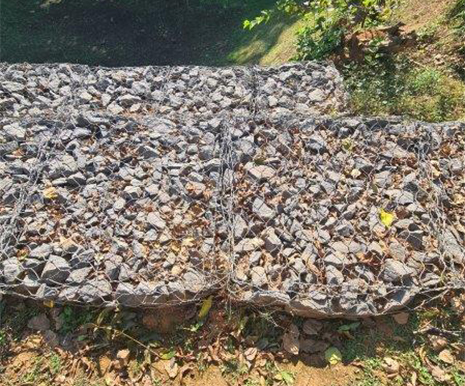 POORLY constructed gabions can have some serious impacts, causing wall collapse which could cause injury or even death from the collapse.

That’s according to Gabion Baskets, a South African specialist in gabions, which says they are regularly called upon to asses an installed structure and offer a professional, corrective solution to poorly constructed gabion walls, often installed by inexperienced packer teams.

“Gabion Basket’s team can immediately pick up when there is poor workmanship on a wall,” the company said in a statement, citing the example of a two-metre-high mass gravity wall installed at the Waltdorf Estate in Pietermaritzburg.

“The lacing and bracing were not evident and the building of the baskets was poorly done. The baskets were bulging, which would subsequently lead to overturning failure particularly if the baskets have not been packed correctly and braced into position.”

The company stressed the importance of high quality compaction for the foundation of gabions prior to installing the baskets. “Again, on the Waltdorf Estate, the gabion structure was not levelled, a clear indication that the foundation compaction was not properly done.”

It is also imperative to ensure that gabions are filled correctly. “They should be filled with stones having a dimension of between 100mm and 250mm and certainly not smaller than the mesh size. The filling should take place in layers of 300mm, always beginning from the same location to ensure that the vertical gabion lines tie up.”

Stone material should be adjusted such that the gabion is packed tightly (high density) to avoid deformation during and after installation. At the end of every 300mm filling layer, the wires are necessary to avoid undesired deformations to the gabion. At the corners tire wires should be placed at 45 degrees.

“It is advisable to always call in the experts when considering a gabion baskets structure to prevent damages to your structure falling over and injury or having to go through the expense of re-doing the work.”

UNDER the pressure of demanding timelines and production targets, operations staff on a crushing site will always want the best equipment with the most...
Read more