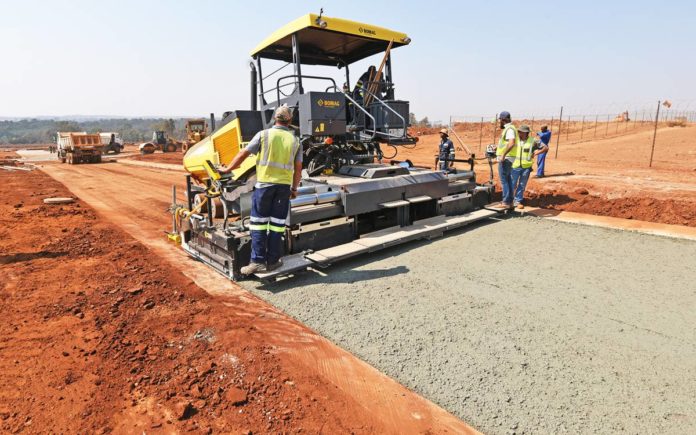 THE South African National Roads Agency (SANRAL) is to pump an estimated R500 million into a road infrastructure project in the Buffalo City Metropolitan Municipality.

SANRAL announced the improvement of the N2 from Green River to Buffalo River Bridge road at an information session recently at the Bulembu Airport intersection, west of King Williams Town.

Tikana-Gxothiwe urged local residents to jealously guard the project and ensure that there were no delays as a result of community feuds.

“Our plea to you as the government of the Eastern Cape is for you to look after this project and ensure that there are no delays caused by unnatural causes.

“This project is not only going to create job opportunities, but it’s set to improve the quality of life of locals when completed, for generations to come. The fruits of this major investments will be life changing and of great benefit to these communities, for generations,” she said.

SANRAL Southern Region Manager Mbulelo Peterson said the project is currently in the mobilisation period and construction was expected to start mid-April 2021.

The project is for the improvement of the N2 national road’s Sections 14 and 15 from Green River to Buffalo River Bridge for a duration of 33 months.

“Buffalo City Metropolitan Municipality communities are expected to play a vital role in this project as a source of skills and labour,” Peterson said, adding that the project liaison committee had already been established and inducted.

“SMME development, training and community liaison are important for the development of local communities and contractors and for the successful completion of this project,” he said.

THE Council for Scientific and Industrial Research (CSIR) and the Coega Development Corporation (CDC) in the Eastern Cape, will work together in the development...
Read more
Finance & Investment