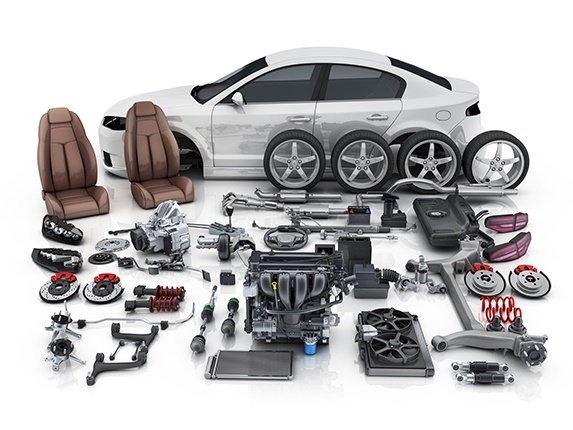 THE Localisation Supermarket – both a physical showcase and online catalogue of automotive components that are currently imported and for which Tier 1 suppliers are seeking local alternatives – is giving impetus to the South African Automotive Masterplan (SAAM) targets to transform the industry’s supply chain.

That’s according to the Automotive industry Development Centre (AIDC) Eastern Cape, who initiated the project with the Eastern Cape Automotive Industry Forum. It added that bids have been made by local companies to produce 25% of the parts listed in the Localisation Supermarket.

A total of 15 viable request for quotes (RFQs) to supply a range of parts have been submitted to Tier 1 suppliers in the Eastern Cape since its launch. Two of these were submitted by non-B-BBEE local companies in a quest to achieve the targeted 60% local content.

If these are accepted the result would be increased inclusiveness of 2nd and 3rd tier black-owned automotive component and associated materials manufacturers, and a contribution to local content in South African made vehicles, the AIDC EC said in a statement.

SAAM 2035 has set a target to increase local content from 39% to 60% and to transform and deepen the automotive supply chain. According to the SAAM 2035 report an increase in the contribution of black-owned suppliers’ automotive GVA within the economy to 25% of the Tier 2 and Tier 3 total, is achievable.

“Every effort must be made to attain this target”, the AIDCEC said. “If we do, an additional R68bn in economic gross value added (GVA) will be injected into the economy, doubling the present impact of the automotive industry on South Africa’s economy and creating an additional 49 000 jobs”.

In phase 2 of the project new parts will be added to the catalogue with plans in place to have a regular inflow of opportunities in the supermarket.

“The Supermarket among other projects, is equipping black suppliers with the opportunity and partnerships, including access to funding agencies like the ECDC and IDC, that will enable them to more easily access the automotive supply chain, which has stringent quality and technical certification requirements,” the AIDC EC said.

The Localisation Supermarket is a permanent exhibition of automotive components that are not produced locally. It provides access to localisation opportunities in the Eastern Cape’s automotive supply chain, for black suppliers to participate meaningfully and to strengthen the manufacturing base of the sector. “The supermarket is aimed at driving localisation to widen the manufacturing base and promote inclusivity of black suppliers.”

Suppliers are able to view parts virtually, online and then express an interest on the platform after which the AIDC would engage eligible suppliers through a RFQ process.

“Many of the parts require a high level of technical expertise and successful suppliers need to comply with stringent international quality standards. We understand these real and valid barriers to entry and will work with qualifying suppliers to equip them to enter the supply chain, including access to finance,” the AIDC EC said.

VOLKSWAGEN SA celebrated a momentous milestone earlier this month with the 1-millionth Polo for export rolling off the production line at the plant in...
Read more
Automotive

THE best auto and trucking companies in South Africa are taking steps towards diversity and inclusion, and encouraging women who have a passion for...
Read more
Automotive

AN investment of almost R300m will ensure that Orion Engineered Carbons remains in business and part of the automotive value chain. The investment arrangement, involving...
Read more