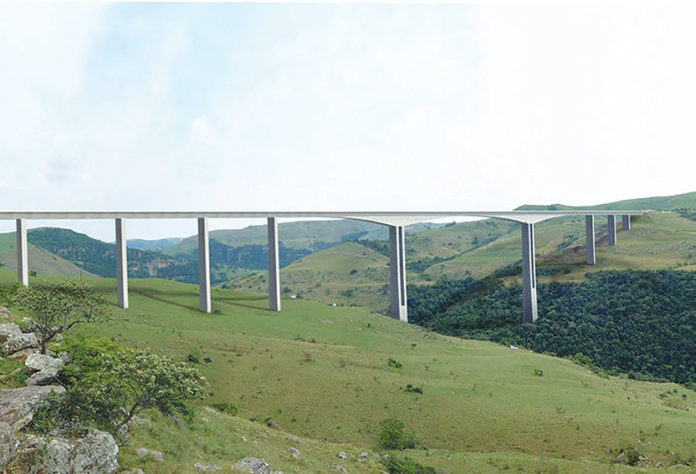 AN appeal to prevent the South African National Roads Agency (SANRAL) from claiming guarantees from the joint venture that stopped work on the Mtentu bridge project in 2019 has been dismissed by the Supreme Court of Appeals (SCA).

The judgment on Aveng Strabag (Africa) (Pty) and Strabag International GmbH (ASJV) vs SANRAL was handed down electronically by circulation to the parties’ representatives on Friday, 13 November.

ASJV had argued that it was justified in pulling out of the contract after a work stoppage due to civil unrest at the site, saying this amounted to force majeure, unforeseeable circumstances beyond its control.

“We are happy that the court has dismissed the appeal with costs,” said Craig McLachlan, SANRAL’s N2 Wild Coast Road lead project manager. “Our position that there was no force majeure, and as the contractor refused to return to site after the suspension of works was lifted, we had no option but to terminate for abandonment of the project.”

He said SANRAL would now proceed with calling in both the performance and retention guarantees to help cover the additional costs that will be incurred to complete the project with a new contractor. “The contractor and not the taxpayer should be held liable for all additional costs.”

SANRAL had advertised the re-tender for the construction of the Mtentu River Bridge and associated roads on the N2WCR project. The re-tender closes on Friday, 19 February 2021.

According to court documents, at the heart of this appeal was whether SANRAL was restricted by the underlying contract between it and the joint venture ASJV from demanding payment in terms of a performance guarantee issued in its favour by the second respondent, Lombard Insurance Company Ltd.

The ASJV asserted that SANRAL’s call on the guarantee would be unlawful, as it had not met certain conditions in the underlying contract which limited its rights to call up the guarantee. ASJV lost this initiall case but subsequently were granted leave to appeal to the SCA. The case was heard by the SCA on 14 September 2020.

In court papers Judge TM Magoka said that the ASJV has failed to show that SANRAL was not entitled to payment of the guarantee before any underlying dispute between them is determined. Accordingly, the appeal must fail. The appeal was dismissed with costs, including the costs of two counsel.