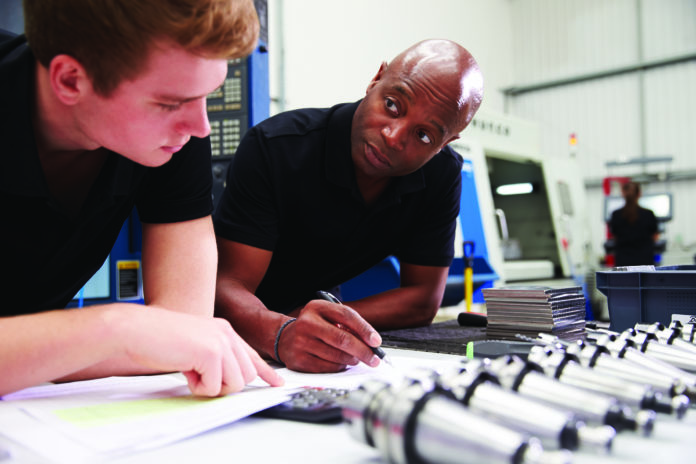 Launched in July 2019, the two-year programme was temporarily interrupted by COVID-19 and it has resumed with a package of mentorship support packages under level 2. The programme benefits 300 people which includes the employees of the 137 business owners.

The mechanics on the programme include 106 motor mechanics, 18 panel beaters, four auto electricians and nine spares shops who received product training to improve their revenues and competitiveness.

Graduated enterprises are supported with workshop tools through a partnership with organisations such as Atlas Copco. The company has provided tools worth more than R4 million to mechanics in Gauteng, KwaZulu-Natal and in the Nelson Mandela Bay over the last three years.

This was announced by the three partners in East London recently when they donated water tanks to 20 schools throughout the province. Each school received two tanks with a 420-litre capacity to help alleviate the spread of COVID-19 among schools.

In addition, sanitising soaps as well as a year’s supply of sanitary pads were distributed to schoolgirls as well as stationery sets to boys and girls. Filpro has manufactured 200 tanks at a cost of R500 000 which were bought by Atlas Copco and donated to schools in Gauteng, KwaZulu-Natal, Limpopo and the Eastern Cape.

“While we sought to kickstart our mechanics development programme under Level 2 of the lockdown we realised that we need to provide support to the automotive industry to deal with the effects of the coronavirus,” said Filpro project manager Mduduzi Mahlalela.

“We, therefore, distributed 50 sanitising water tanks to taxi ranks in Gauteng, KZN and Limpopo worth R250 000. The taxi industry forms a critical component of Filpro’s development initiatives. Filpro is grateful to the role played by Atlas Copco in providing the financial injection needed to make a meaningful impact.

“We are also grateful to the ECDC for the partnership which has enabled us to roll the enterprise development programme which has yielded to the benefit of the schools with sanitising water tanks.”

Mahlalela said the schools initiative ties in well with the mechanics development programme whose primary objective is to uplift backyard mechanics in previously disadvantaged areas. Filpro was co-founded by automotive parts manufacturers GUD Holdings and NGK Spark Plugs as their contribution in revitalising the township economy.”

He added that 80 informal auto mechanics in Gauteng had already qualified as trade mechanics through training provided by Filpro partner, the AA Technical Centre. The programme is offered at no cost to the mechanics.

Atlas Copco spokesperson for sub-Saharan Africa Noluthando Zondo said the company had a longstanding relationship with Filpro on various initiatives.

“We participated in the funding of the sanitising water tanks because we realise that people safety is critical to organisational sustainability. This is just one way in which we are playing our role in reducing the impact of socio-economic challenges exacerbated by COVID-19. Atlas Copco is also pleased that the mechanics development programme has resumed which will provide the necessary tools and packages to ensure the competitiveness of the informal sector is improved.”

ECDC Chief Executive Officer Ndzondelelo Dlulane said the corporation was committed to co-funding the programme both in financial and non-financial support. For example, ECDC will also offer marketing, marketing access and business development support for the auto mechanics through the corporation’s business support services.

“It was only logical that we start the programme in Mdantsane, it being the biggest township in the Eastern Cape. These auto mechanic informal businesses are employment creators and ECDC is committed to supporting any activity that contributes to a sustainable economic development of the province.

“The end goal is to build accredited businesses which are compliant and registered with industry organisations, this will contribute to expanding market access for these enterprises and therefore contributing towards their sustainability, Dlulane said.

ISUZU Motors South Africa (IMSAf) has this week welcomed the next group of Youth Employment Service (YES) candidates. The YES programme, which was launched by...
Read more
Finance & Investment

Eazi does it: opening access equipment doors in the mining industry

WORK-at-height and material-handling equipment supplier, Eazi Access has added a second Hi-Capacity JLG Model, the JLG 800 HC3 AJ, to its fleet. The company is...
Read more