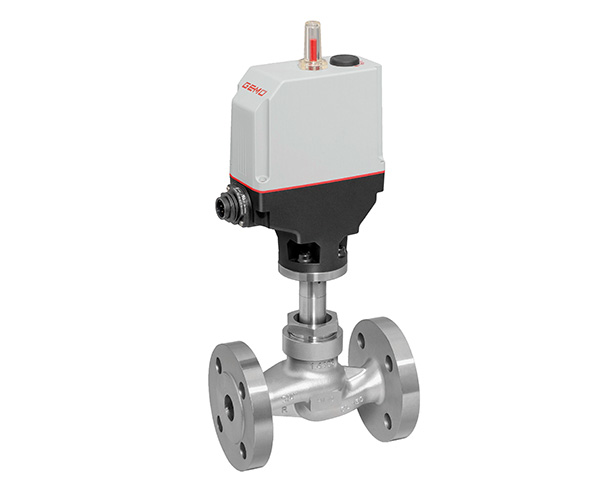 In addition to the Gemü R629 eSyLite plastic diaphragm valve that already exists, the Gemü 629 diaphragm valve with stainless steel body and the Gemü 519 and 529 globe valves are now also available for simple, motorized open/close applications.

According to the company, a total of four eSyLite valves now offers plant engineers and operators the opportunity of operating electrically driven plants more efficiently than before.

“In plants in which, for example, solenoid valves of large nominal sizes consume a relatively large amount of electricity, the Gemü globe valves from the eSyLite series are a cost-effective alternative,” the company said in a statement.

“With low switching cycles and medium switching speed, they take on shut-off tasks just as precisely as solenoid valves, while at the same time scoring points when it comes to operating costs with their low electricity consumption.”

Gemü said the series also opens up new opportunities for plant optimization for applications where there have so far been no affordably priced alternatives to electrical ball valves.

“Automation with the new eSyLite valves, for example, can thus be further advanced. Where pneumatic valves could not previously be used, and manual valves were relied on instead, a motorized alternative is now available with which the plant can be automated cost-effectively.”

“The robust and self-locking motorized linear actuator has a safety switch-off function including overload protection.”

With no end in sight for loadshedding, municipalities need to start engaging in energy-efficient mechanisms in their water and wastewater infrastructure. This infrastructure is one...
Read more
Pumps, Valves, Hydraulics, Pneumatics

THE current South African economy has made finding high-quality automation products that are reasonably priced a daunting task. To address this challenge, Festo, a...
Read more
HVAC