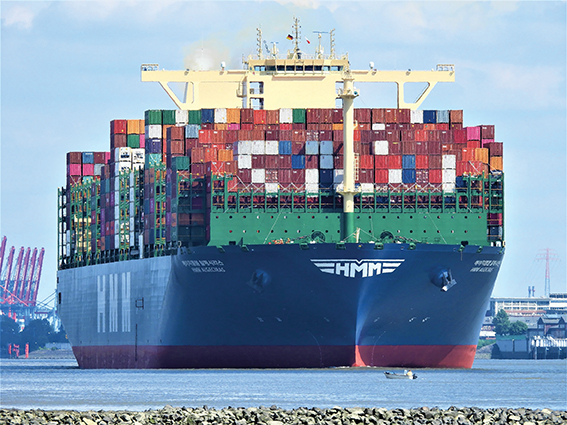 By Michael Asherson and Michael Tatham

THE world has been gripped by the COVID-19 pandemic for over a year, the effects of which are likely to have an ongoing impact on world trade for the foreseeable future. However, whilst elements of the shipping market are now showing signs of recovery, container stow collapses and the loss of containers overboard continue to plague the containerised shipping sector.

According to a World Shipping Council (WSC) survey undertaken in 2020, an estimated average of 1,382 containers were lost at sea annually during the period 2008 to 2019, from approximately 6,000 container vessels.

The financial, operational and environmental consequences of these incidents are very significant.

Many such incidents occur during periods of heavy weather which result in damage to container lashings and twist locks, causing container stacks to collapse.

Such incidents are not uncommon off the South African coast. Indeed, South Africa’s east coast is notorious for the heavy winter swell to which it is exposed every year.

Following a collapsed stow, the vessel involved will frequently be required to seek refuge at the nearest port to survey the damage, assess the number of containers lost overboard, effect any necessary repairs and process any containers which may need to be discharged or trans-shipped.

The vessel’s P&I insurers will likely be involved given the potential cargo and pollution liabilities. It is also possible that the local authorities may impose fines on the vessel, and arrangements may need to be made for clean-up operations to be carried out. The carriers may also need to provide security to cargo interests in relation to potential cargo claims.

Once the vessel is in port, the South African lawyers and P&I representatives will attend to the facilitation of the casualty investigation, monitor access to the vessel, appoint experts, preserve evidence and oversee any repairs or remedial cargo operations. Crew statements may also need to be taken.

Casualty investigations can give rise to formal applications to the South African High Court by cargo interests or charterers for preservation of critical evidence and access to the vessel. Usually, the parties will agree a protocol governing these aspects to avoid the need for formal litigation.

The owners, charterers and their insurers will need to make the necessary arrangements for the damaged containers to be discharged, de-stuffed, inspected, repaired and back loaded either onto the same vessel or onto another vessel for trans-shipment. The cargo to be processed or disposed of may include potentially hazardous cargo requiring specialized treatment.

From a legal perspective, the South African Carriage of Goods by Sea Act 1 of 1986 (COGSA) enacts the Hague-Visby Rules. In other words, the heavy weather defence is recognized under South African law and may provide the carrier with a defence, depending upon the terms of the contracts of carriage and the circumstances of the incident.

In summary, should such an incident occur off the South African coast this winter, interested parties would be well advised to act promptly to manage the following:

The total contribution of the country’s oceans economy sector is projected to rise to R208 billion in 2038, according to the Gqeberha-based South African...
Read more
Ports, Shipping & Harbour Infrastructure

Compliance in shipping: how to tell the amazing from the mediocre

Road continues to be the transport mode for the majority of goods in South Africa. And with such vast quantities of freight on the...
Read more
Ports, Shipping & Harbour Infrastructure