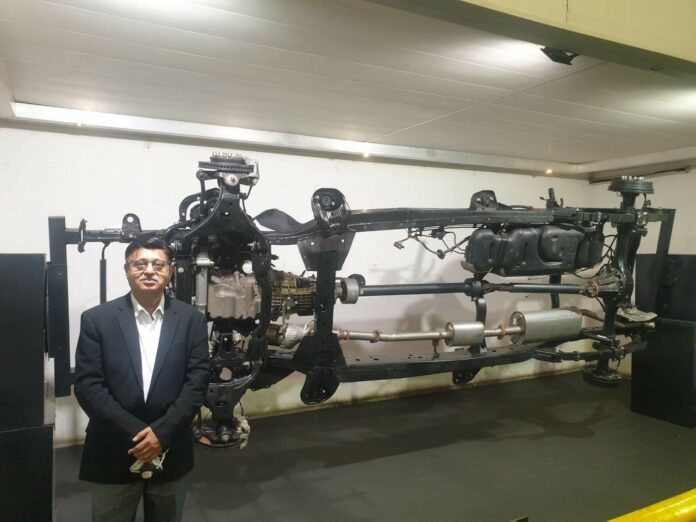 Thakur, who has been involved in international business in Africa for the past 25 years, said that substituting imported products in favour of locally manufactured goods is now a viable alternative.

“From being a dedicated supplier to only one motor company, KLT has created additional capacity and is currently serving four OEMs in South Africa, based on the quality of our locally-produced products and professionalism. KLT has been successful in setting up and running a business in South Africa, creating a vibrant eco-system and skills to support auto manufacturers,” he said.

KLT Group is a chassis and tubing supplier in India, with customers such as Tata, Mahindra, Daimler, Ashok Leyland and Volvo/Eicher and operates 11 plants. KLT Automotive SA, a subsidiary of KLT Group, currently employs more than 700 people and is the only chassis manufacturer outside of the OEMs located on the African continent.

“The viability of local import replacement has been spurred by shipping delays on imports, price increases in both sea and air freight, and the negative effects of a lowering in worldwide manufacturing capacity as a result of the pandemic,” he said.

“On the supply side, the high quality of locally-produced components now makes local procurement a viable alternative. As a result, KLT is seeing significant opportunities in the local automotive industry. We are further committed at increasing capacity. Over the next three years we are targeting doubling our business. Growth will be both organic and inorganic.”

“While all OEMs are aggressively looking at increasing their local content, KLT is already in discussions with five of the seven auto manufacturing companies for more localisation. We have locally-created skills through which we are able to produce components with high local content.”

Jubin Thakkar, KLT Group Chairman and Managing Director said the group remains committed to strengthening its footprint in South Africa and other African countries and will continue to invest in new technologies and skills development as it grows its African business interests.

“We are looking to expand our business and are seeing significant interest from other industries such as mining, power, agriculture and consumer durables. These are markets where we are able to provide locally produced chassis and tubular components.”

Renai Moothilal, Executive Director of the National Association of Automotive Component and Allied Manufacturers(NAACAM) said, “The KLT Automotive story in South Africa is a perfect example of how global companies are responding to the policy constructs of the SA Automotive Masterplan 2035, and we wish them well in gaining more local production opportunities”.

Thakur said auto sales in South Africa have grown by over 30% this year. “This is a good sign for the local auto industry, boosted by improving local economic indicators.

“With SA moving to Level 1 lockdown regulations, it has enabled the economy to open up. In addition, the local mining sector is doing well, together with low inflation and interest rates. We anticipate that demand will rise from the current low in automobile sales, which is the lowest recorded in the last 10 years.”

Thakur took up the position of CEO of KLT Automotive SA in May after retiring from Mahindra on 1st April 2021. His various responsibilities during his career with Mahindra included a major involvement with setting up automotive import and export operations in Africa and running Mahindra SA as CEO for six years.