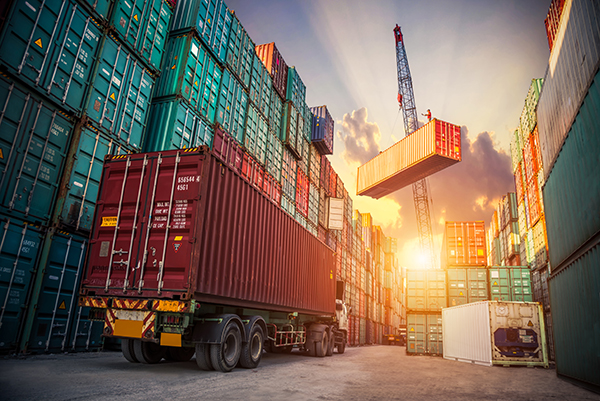 THE floods in KwaZulu-Natal in mid-April had a severe negative impact on the South African logistics sector. The flooding was particularly devastating in the Durban-south area and resulted in major disruption to the Port of Durban.

Three of the six sectors Ctrack Transport and Freight Index measures declined during April, with the biggest contractions evident in Sea Freight and Rail. Surrounding roads were affected and resulted in activities grinding to a halt for a few days. The port is the primary gateway to the main economic hub of Gauteng – with a key focus on containers, automotive and liquid bulk transport, and is critical for the stability of the South African economy.

Rail Freight also declined further during April and now indicates a 13.4 percent year-on-year decline. This continuous decline can partly be attributed to the damage to the Durban Port. In addition, sections of the main railway line between Cato Ridge and Durban were impacted for days by severe wash aways and mudslides, particularly in areas where communities have encroached on the rail reserve. In addition to the flood-related challenges, ongoing issues pertaining to inadequate infrastructure and crime incidents on rail lines remain relevant and contributed to a 2.9 percent overall year-on-year decline in the Rail Freight sector.

“The devastation caused by the floods in KZN was tragic to behold. However, it is truly impressive how the industry has recovered and shows the transport industry’s commitment to economic recovery, despite all the ongoing disruptions from a variety of external factors,” says Hein Jordt, Chief Executive Officer of Ctrack Africa.

Transport of liquid fuels via the Transnet Pipeline Lines (TPL) remained mostly unaffected during April, with no weather-related impact. TPL has also accumulated stock at the Jameson Park Terminal to feed Gauteng and ensure supply security for the inland market. The overall transport via pipeline segment returned a 6.3 percent year-on-year growth in April.

Thanks to the gradual recovery of international supply chains and normalisation of economic conditions post COVID-19, Air Transport continues to show steady growth. Air Freight 3.7 percent in April compared to a year ago. It is expected that Air Freight will continue to show growth as the international travel industry returns to more normal levels over the next year or two.

Road Freight remains the star performer among the various sub-sectors of the logistics industry, and during April this was once again the case. Road Freight has certainly picked up where Rail Freight has fallen short in recent years. As such, the Road Freight segment of the Ctrack Transport and Freight Index returned growth of 19.8 percent compared to a year ago, which is the strongest growth outside of the recovery in 2021 from the Covid-19 hard lockdown levels. The changing landscape relating to online shopping and the fast-growing courier and home delivery sector remains an extensive contributor to the growth in the Road Freight sector.

It is a well-known that in most countries, the transport sector’s performance and a country’s GDP have a close relationship. Similarly, the Ctrack Transport and Freight Index follows a similar trend.

While this year’s Q1 real GDP growth was stronger than expected, with growth of 1.9 percent compared to Q4 2021’s revised growth rate of 1.4 percent, the latest figures indicate that the economy has lost some momentum in Q2. This could be due to various factors, including the flooding in KwaZulu-Natal, Stage 4 load shedding during April and May, inflation, and higher interest rates. This trend, identified by the Ctrack Transport and Freight Index, was mirrored by a notable drop in the ABSA PMI and passenger vehicle sales in April.

“It is with great sadness, that we recently had to say goodbye to colleague and friend, renowned economist Mike Schüssler.  Mike and his team at Economists.co.za have produced the Ctrack Transport and Freight Index data since its inception in 2019. During this time, the CTFI has become an economic indicator and performance gauge of the South African logistics and supply chain industries. Because the CTFI has become a trusted barometer by which our customers and the wider industry can gauge the performance of the transport sector as a whole, we are committed to continuing to produce these indicators, and will advise shortly on the format of this report as Mike was instrumental in these reports. Rest in peace, Mike. You will be sorely missed,” says Jordt.