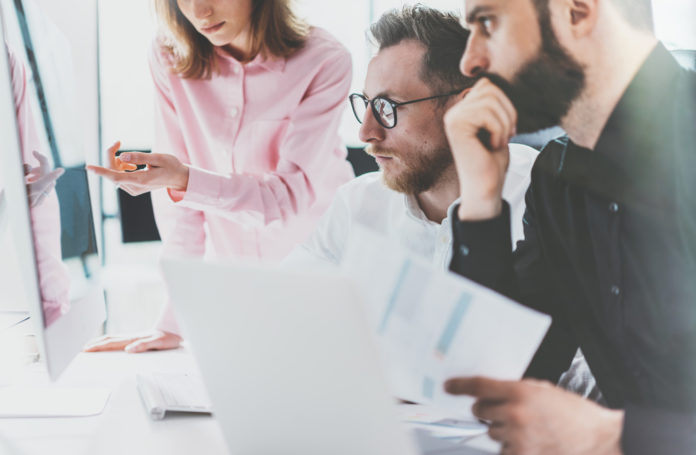 WITH favourable movements in most commodity prices against a backdrop of uncertainty from COVID-19, the minimum viable project model is appealing for small and large miners alike.

“While these projects provide big capital returns, the patience needed to get to that point translates into higher risk, especially when ore bodies are complex or difficult to assess from the surface.”

He added that while some ore bodies are big enough to warrant a project seeking to maximise net present value, they often come with significant development challenges.

“That’s why we need an option between developing a mega project with all the associated risk and leaving the product in the ground. There is growing recognition that a staged approach can facilitate earlier cash flow from operations, reduce risk and still achieve good financial returns based on a lower cost of entry. A mine that is initially developed with the minimum viable features can be a big success, but it needs different thinking.

“By thinking small and minimising a starter project, we can reduce initial costs, de-risk the project – and still enable a pathway to build a bigger mine in the future.”

Langridge said miners are no longer racing to get the highest overall return or the absolute maximum net present value, or at least not right away.

“They’re looking for an outcome that is acceptable from a corporate, social, financial and operational perspective, one that is sustainable and presents a lower development risk at the outset. This is particularly valid for ore bodies that are large and deep because they often require high capital expenditure before the ore body is completely understood.”

He said that when the amount of upfront capital costs on a project can be minimised, it is possible to get a mine up and running sooner and more economically. With less initial sunk capital, market fluctuations and uncertainties that exist in mining projects can be better managed.

He added that establishing the minimum viable point for a project is an art form in itself. “We need to consider the limitations of each input; from energy supply to ore body knowledge, mining plans, off-take requirements, procurement and logistics through to construction, commissioning operations and closure.

“We also investigate alternative development approaches, such as shared infrastructure, different commercial strategies and partnering with other companies and operations. It’s worth considering every option to bring the investment down at the outset.”

Langridge said that once the pieces of a minimum viable project fit together, the second driver is to determine the minimum size of the project while still being economically viable.

“Finding the minimum viable capital cost is a two-fold approach,” explains Langridge. “We first establish the minimum from a technical perspective, and then the minimum from a financial perspective. As you go further down in scale, you naturally compromise economies of scale. Eventually you’ll reach a point where a project simply isn’t feasible. It’s a trade-off between how small things can be depending on project components.

“This becomes a model where small-scale operations pay for most of the costs that were initially delayed, although a margin is needed because there are upfront capital costs. There is a trade-off on how much is spent versus how much is owned, and how small the project can be while still being operable.”

Langridge said that minimum viable projects afford the flexibility to get a mine up and running and to learn lessons from the first stage before committing to anything larger. However, when conditions warrant an increase in production, and the initial mine and plant have been designed well, then it is possible to scale it.

“Getting proven technology into the base design allows our customers to identify where they want to carry heightened risk, or alternatively, to get the project entry point up and running and then evolve and innovate.

“It also delays some of the decisions around investment in technologies to a point where hopefully the price is 20 or 30 per cent cheaper because of advancements in manufacturing. And if what is implemented is a value enhancement, then it will create a return immediately because it’s on an operating site – it’s not just a theoretical evaluation.”

Langridge said that a smaller investment to get a minimum viable project started provides the flexibility to respond to the next movements in markets.

“With this approach, we’re helping our customers realise solutions that facilitate cash flow sooner, minimise entry capital cost and allow a project to pay its own way. It’s basically taking the mindset of a junior and select mid-tier mining company and applying this to a much larger project.

“Minimum viable projects are an easier investment decision at a time like this, and they’re proof that thinking small is a good way to get big projects right.”

Innovative spillway design put to the test as dam overflows

Carbon reduction in construction – the time to act is now

South Africa’s construction industry has a pivotal role to play in helping the country meet its 2050 goal of reducing greenhouse gas emissions to...
Read more