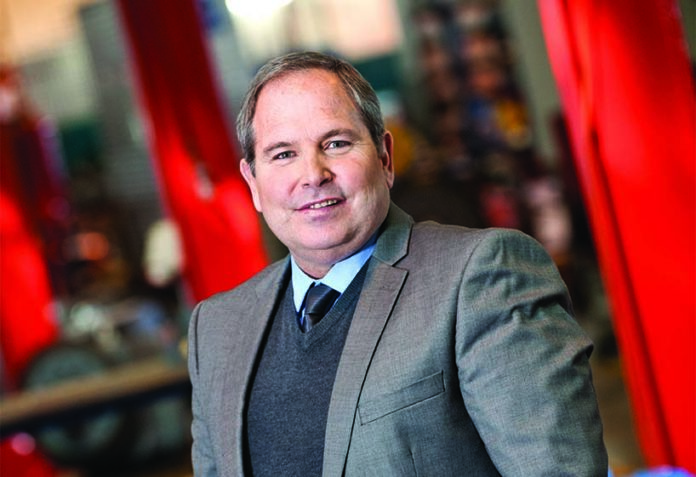 THERE is a direct link between well-functioning infrastructure and a country’s economy, writes Raymond Obermeyer, Managing Director, SEW-Eurodrive

Every South African citizen has a direct interest in the state of the country’s infrastructure including its roads, transport system, hospitals and clinics, schools, water, sanitation, waste management, telecommunications and power utilities.

At its most elemental level the social contract between the state and its citizens requires the former to provide functioning public services and utilities to the latter. Functioning infrastructure is essential for a society to achieve sustainable development given that it provides access to economic opportunities and acts as a catalyst for generating economic growth – which by extension allows for job creation.

However, simply having infrastructure in place is only the start. Infrastructure assets are expensive and, once developed, require ongoing investment and maintenance to ensure they functional optimally for as long as possible.

This year South Africa’s global competitiveness ranking dipped even lower, falling a further three notches to be ranked 59 out of 63 countries according to the latest World Competitiveness Yearbook, (WCY) compiled by Swiss-based Institute of Management Development (IMD).

One of the lead researchers on the SAICE Infrastructure Report Card, Kevin Wall, has been quoted as saying that a combination of limited resources, public sector restructuring, inefficiency, skills shortages and less than optimum governance has led to extreme pressure on the condition of the public infrastructure asset base.

He went on to say, “We cannot afford to build only to permit decay. We want to move from a situation of ‘patch and pray’ to one of ‘find and fix’. Maintenance is crucial.”

The fact that public infrastructure is mostly at risk of failure, is not coping with demand and is poorly maintained makes it increasingly likely that the public will be subjected to severe inconvenience and even danger without prompt action, he added.

However, fixing infrastructure only after it has broken down detracts significantly from maintenance budgets. Instead, what is required is a proactive maintenance programme.

South Africans around the country are currently feeling the impact of this crumbling infrastructure as stage 4 load shedding is imposed. The reasons are not hard to ascertain. Eskom has made headlines in recent years for all the wrong reasons including citing years of insufficient maintenance as a contributing explanation for load shedding.

The current energy crisis translates into massive losses in revenue for the country. In 2019 the CSIR revealed that the South African economy lost between R59 billion and R118 billion as a result of 530 hours of planned power cuts.

Estimations are that load shedding at Stage 2 costs the country’s productive economy around R2 billion a day. There is no question that it imposes a significant risk to small businesses in particular and negatively impacts investor confidence.

Coming on the back of the economic crisis resulting from the Covid-19 lockdown when businesses around the country are struggling for their very survival, this is a cost the economy can ill-afford.

THROUGHOUT two and a half years of a worldwide pandemic and varying levels of lockdowns and travel restrictions, a project team across four countries...
Read more
Automation & Control

By Johan Potgieter, software leader: Anglophone Africa at Schneider Electric In a time when the consistent provision of water, hampered by challenges like aging infrastructure,...
Read more
Automotive

WHILE videoscopes are commonly used in many applications, industrial inspections require a powerful, high-resolution videoscope that clearly displays the condition of internal equipment components....
Read more