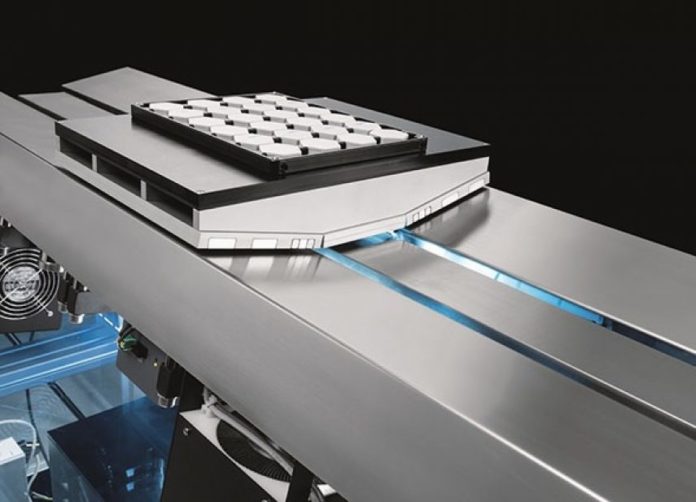 THE requirements placed on the cleaning of production facilities and their purity are increasing particularly in future-oriented fields such as medical technology, laboratory automation or biotechnology.

However, according to Festo, these demands are increasingly being fulfilled thanks to superconductor technology. The German multinational industrial control and automation company is introducing several new concepts in this field.

These include the SupraMultitool, which enables several functions to be carried out with only one superconductor element, and the SupraDrive 2.0, which demonstrates smooth, linear transport of objects with precise positioning. In both concepts, superconductivity allows low-energy movement in suspension and facilitates cleaning.

“In the future, many manufactured products will move quietly and cleanly through the production shops, with low energy consumption and without contact,” the company said in a statement.

“Contact-free, frictionless handling beyond walls and in any spatial orientation, which will become possible thanks to superconductor technology, will yield entirely new solutions – especially in highly pure environments.”

The company cites medical technology, laboratory automation, biotechnology and food production as examples of “decisive future fields of automation, which are showing great potential for growth over the coming decades,” adding that reliable cleaning is essential for hygienically safe production in these applications.

“The special characteristics of superconductors open up great potential wherever contact-free storage or handling is required. Automation can thus make inroads into areas of application that until now have been regarded as not or only hardly accessible to automation,” said Georg Berner, Head of Strategic Corporate Development, Group Holding Festo and Project Coordinator for the SupraMotion concepts.

“Our customers, and their customers in turn, benefit from this paradigm shift in automation. Festo has therefore been investigating and developing this technology for more than ten years. We are currently working together with customers on trendsetting pilot projects,” he said.

Superconductors are materials which below a certain temperature can store the field of a permanent magnet at a predefined distance. This effect enables objects to be held in position and manoeuvred without contact.

The levitation gap remains stable even beyond walls. Thanks to their restoring forces, the superconductive magnetic bearing components autonomously return to their memorised position even after one of them is temporarily removed – entirely without external control engineering

A wide range of bearing and movement forms have already been specifically tested with the SupraMotion projects and turned into possible applications. Festo is now investigating with partners and customers, whose application ideas can be turned into pilot projects.

Better Connected: The pathway to a tech-driven future

By Mohammed Amin IN the past year, connectivity has taken the spotlight. It turbo-charged our resilience and accelerated digital adoption bringing much needed services and...
Read more
ICT

OVER the past few months, many South African businesses have been scrambling to align their operations with the new Protection of Personal Information Act...
Read more
Motors

VESCONITE wear-resistant sleeve bearing replacements have been fitted as standard components in a range of Powerstart hydraulic and turbine starter motors, with some 550...
Read more