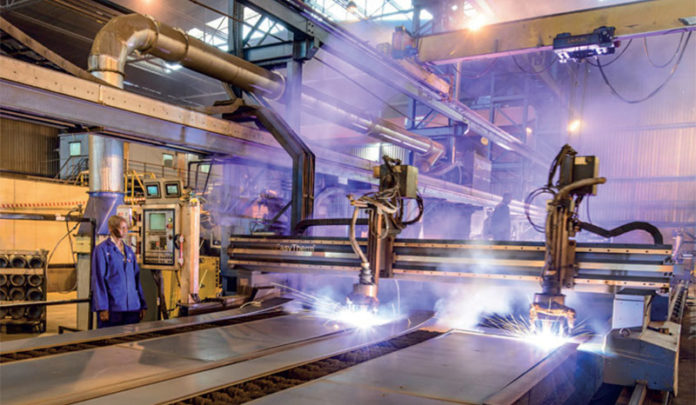 MACSTEEL’S Chief Executive Officer, Mike Benfield is bullish about the company’s prospects of success in its court bid to overturn government’s “unlawful” safeguard extension of steel import duties that it claims are crippling the ailing downstream market.

Speaking recently at a steel industry round table discussion, Benfield said that if the company wins its court case, the downstream market will be able to compete on the same level.

The case, which is due to be heard on 22 June 2021, will contest the continued application of an eight percent safeguard duty on hot-rolled coil (HRC). Macsteel will also seek reimbursement of the duties paid since the extension was confirmed last August.

Benfield said the local steel sector needs a primary producer such as ArcelorMittal South Africa (AMSA) because they, the downstream user of steel, don’t have to invest working capital into their supply chain as would be the case if they were to import vast amounts of steel taking a long period of time to arrive here which requires additional working capital investment.

“We need to have a balanced view of what the sector needs in our country but what we need mostly is freedom of choice when it comes to supply. We don’t need to protect the primary steel producer. What we require is a level playing field and to protect the local manufacturers or downstream users, that create so many jobs.”

He said the government and sector need to be mindful of how they support the local manufacturing sector and return it to stability so that it can continue creating more jobs. “I believe putting a well-considered duty framework together and ensuring localisation could be the answer to our challenges, but not at the primary steel producer level.”

However, Benfield emphasised that there remains room for a primary producer in the country that isn’t protected by government to the detriment of the sector. He said the primary producer needs to be competitive, and ready to penetrate the African market as well as provide inputs to the local downstream manufacturing sectors.

The downstream manufacturing sector have been arguing that they are at a disadvantage in being forced to buy uncompetitive steel from AMSA in order to produce their products, which are largely not covered by any import protection and subsequently struggle to compete with imported finished goods made from cheaper steel.

Benfield was of the view that the private sector needs to create positive sentiment in the economy and lobby government to be a regulator rather than a player. He said the government needs to lay a foundation for an effective and efficient steel sector and economy by creating an environment that attracts new investments and increases local demand.

THERE is a strong possibility that the Constitutional Court will accept an argument to make COVID-19 vaccinations mandatory in the workplace. That’s according to Rowan...
Read more
Finance & Investment

THE SAB Foundation is looking for 40 to 60 entrepreneurs who are committed to boosting their growth and achieving new levels of success to...
Read more
Finance & Investment

By Amit Singh MONEY laundering is a global challenge that is rapidly evolving due to a changing economy and the rapid digitalisation of money, combined...
Read more