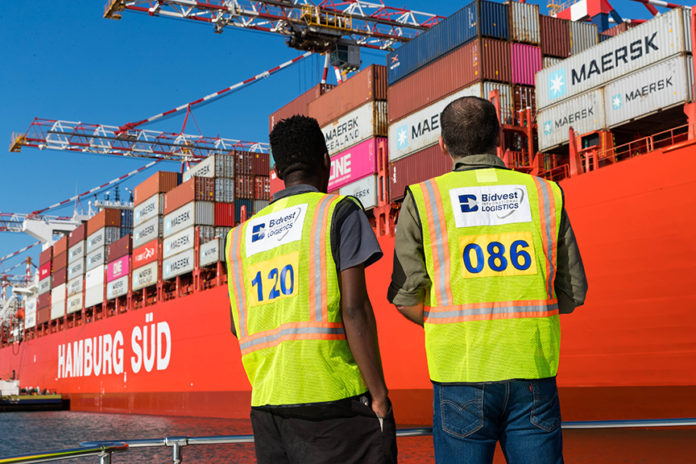 THE automotive sector, mining and agriculture have taken a huge knock in the past year but remain South Africa’s best chance for a change in fortunes given their track record and faith placed in them by international markets.

That’s according to Petrus Gerber, General Manager for Bidvest International Logistics (BIL) warehousing and international logistics in Rosslyn, Pretoria, who said that since February, there have been some positive signs, however slight.

Road freight also increased by 2.2% during this same period, according to Stats SA.

The trend is reflected in export figures, where the UVI (import value indices) for export commodities grew 0.6% from January to February. The main contributors to the monthly increase were metal products, machinery and equipment.

Gerber said that for these numbers to continue on an upward trajectory, the role of supply change systems will become ever more critical, particularly when it comes to South Africa’s carmakers, the country’s largest manufacturing sector responsible for 6.9 percent of GDP and employing almost 500,000 workers.

“With the stakes so high, dropping the ball is not an option.”

South Africa’s automotive sector is fairly unique in that of the six major original equipment manufacturers (OEMs), three are based in Gauteng with the nearest port being Durban.

Gerber said the geographical set-up of Ford, Nissan and BMW being so far inland creates a much longer supply chain to be serviced.

“This presents a challenge to continuously improve supply chain efficiencies as well reducing costs. The OEMs based in South Africa mostly produce for export markets, which further increases the need for logistics and supply chain partners.”

The BIL Rosslyn operation covers all aspects of import and export of CBU vehicles and liaises with the clients’ service providers to ensure complete control and successful shipment. It is also responsible for facilitating the movement of cargo via rail, road and air required for vehicle production.

Gerber noted that from an OEM perspective, the SA-based car manufacturers’ competition is more their sister factories than other OEM brands.

“All OEM plants around the world are set-up to manufacture particular models for certain markets, being local and majority export. It is all about which factory can produce a particular model to the required market at the lowest cost.

The arrival of COVID-19 in South Africa last year required such “re-engineering” on a massive scale.

It was an extremely challenging 2020 for the automotive sector, with new-vehicle exports seeing a 30% drop, according to National Association of Automotive Component and Allied Manufacturers (Naacam) executive director Renai Moothilal.

At one of the OEMs, volumes dropped between 30% and 40%, causing it to insource various activities. As a consequence, BIL had to restructure operations.

“Where we could, we allowed our staff to work from home as long as possible. Where demand and volumes increased, we requested our staff to return to office to support output and capacity requirements,” Gerber said.

Warehousing is only one part of the equation, however.

It is no small task, and if not done properly, can have a number of severe implications, said BIL national customs executive Riaan Pienaar.

“If these functions are not performed in a compliant and accurate manner it leads to delays, penalties, additional charges in terms of storage and demurrage and loss of reputation.

“It is all about automation and compliance. Noncompliance and fraudulent transactions cost the government and industry millions each year.”

Pienaar recognises that the automotive sector is a huge source of employment and income for government in terms of import duties, taxes and company taxes, so his team’s job is key.

To put the importance of their role into context, even at the height of the pandemic the customs division maintained a steady work force to ensure all demands could be met.

“We were considered an essential service,” Pienaar said.

FOUR manufacturing businesses have secured over R8 million in funding from the Eastern Cape Department of Economic Development, Environmental Affairs and Tourism. MEC for the...
Read more
Construction & Civils

EAST London motorists should expect traffic congestion until well into 2023 as roadworks continue on the airport route. That’s according to the Buffalo City Municipality,...
Read more
Automotive

Volkswagen Group South Africa (VWSA) celebrated a major production milestone on Monday when the 400 000th unit of the current Volkswagen Polo rolled off the...
Read more