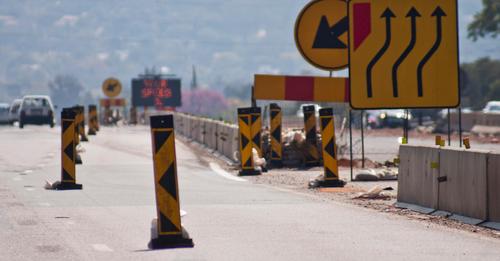 THE South African National Roads Agency (SANRAL) will invest over R76 million in seven new contracts to benefit local communities that live around the N2 Wild Coast Road Project in the Eastern Cape.

The Msikaba Bridge project is expected to be completed in May 2024 and targeted goals on employing youth has already been exceeded while the remaining labour targets are also on track to be met or exceeded.

“We are proud to say that we have already exceeded one of our targets on the Msikaba bridge project. The targeted labour for youth is 30% of the total projected wage bill and we have already met having achieved 102.6% of this target.  So far, we have also achieved 45.4% of the target for women employment,” said McLachlan.

An additional four first tier tenders have also already been advertised by SANRAL in the region and are currently in adjudication. These include the rehabilitation of the Ingquza Hill Memorial Road, upgrading of roads in Ntlavukazi Village, upgrading of the DR8004 road from the R61 national road to Bambisana Hospital Road, as well as the design of the upgrading of the road from Bizana to Mbongweni Village. These four tenders are planned to be awarded by September 2022.

New community development projects that are in design phase are an access road leading to the Goso Forest Clinic, access road and pedestrian facilities in Mbotyi and the Ntafufu Service Road. These projects are also planned to be put out to tender by September 2022.

Transport Minister Fikile Mbalula has also agreed to a request from Eastern Cape Province Premier Oscar Mabuyane for some of the province’s roads to be transferred to SANRAL. These roads include the R61 from Tombo outside of Port St John’s to Mzamba at the Umtamvuna River, the DR0838 road from the R61 to Cala, the DR08012 road from Maluti to Qachas Nek at the Lesotho border, the DR08031 and DR18031 roads from Viedgesville to Coffee Bay, as well as the MR00710 road from the R61 to the R56 (Satan’s Nek).

For these roads to be transferred to SANRAL, there are processes that first need to be followed for them to be gazetted. SANRAL will also survey and proclaim these new roads as well as prepare, advertise, and award tenders for maintenance contractors to take over responsibility.

The tender for the anticipated Mtentu Bridge project is currently awaiting announcement by the SANRAL Board.

Nwabisa Gxumisa, SANRAL’s Wild Coast District Manager appealed to stakeholders to continue to work with SANRAL to contribute towards projects that SANRAL has invested in the community. “Principally, what is important is that the local communities benefit from our projects. The success of these projects is not only SANRAL’s endeavour but a collective one together with our stakeholders. We will continue to work with the various key stakeholders our road projects traverse,” she said.

IT has been over two decades since AfriSam began accelerating its efforts to reduce carbon emissions from its cement production. This has put the...
Read more