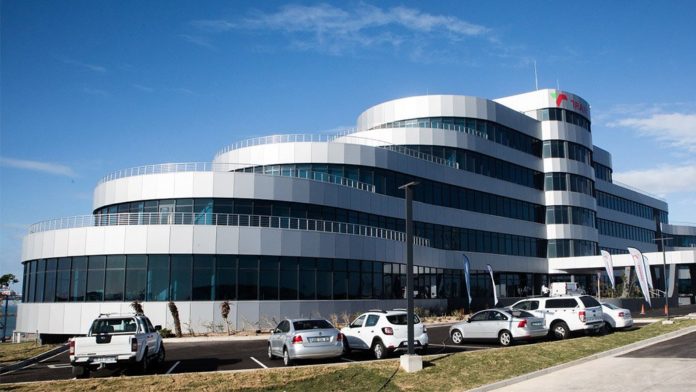 DURBAN’s loss will be Port Elizabeth’s gain after Transnet National Ports Authority (TNPA) announced plans to consolidate its dispersed corporate offices into a single headquarters at the Port of Ngqura by the end of March.

The budget-constrained state-owned ports entity, which currently has corporate offices in Durban and Johannesburg, says the consolidation forms part of the Transnet group’s ongoing cost-saving and efficiency initiatives.

Spokesperson Ayanda Mantshongo said they had estimated the move would save the TNPA around R25 million a year in lease agreements while bringing its Johannesburg-based operations closer to its primary customers “at the point of execution”.

While this justification makes sense for the landlocked Johannesburg office, the logic doesn’t apply to Durban, where many staff strongly oppose the relocation.  Some 400 staff in Joburg and Durban have been instructed to report for work from April 1 at Ngqura, which opponents of the move point out handles a fraction of the country’s shipping cargo.

Mantshongo said, however, that the “strategic decision for the head office of TNPA to locate to one of the South Africa’s ports dates back over ten years, when the decision was not implemented for reasons unrelated to the interests of the port authority and/or its customers”.

Transnet sees the consolidation of TNPA in the Eastern Cape as an important contributor to the revival of that province’s economy, as it increases the ease of doing business, he added, pointing out that its facilities in Port Elizabeth had contributed to record citrus exports in the past year as well encouraging growth in the export of motor vehicles from Eastern Cape assembly plants.

The move will also enable the ports authority to make full use of its 10 000 m2 eMendi building, completed at a cost of R255-million in 2017. The building, which incorporates ‘green’ concepts like rainwater harvesting, solar panels and motion sensor activated lights, is being reconfigured to accommodate the influx of new staff.

Mantshongo said Transnet had embarked on a consultation process with staff and labour unions.

The Eastern Cape government has welcomed the move, hailing it as “progressive and developmental”.

Spokesperson Mvusiwekhaya Sicwetsha said they were optimistic that it would motivate Transnet to further invest “enormous quantities of money into the financial infrastructure of the Eastern Cape province”.

“Part of that investment includes the expansion of the Port of East London, investment into the rail network, revamping other economic assets of the group, that include property portfolio in the province, to stimulate economic activity that will help us grow the provincial economy, create jobs, attract investments and fight poverty,” Sicwetsha said.

The opposition Democratic Alliance said it hoped it the move would accelerate the relocation of the tank farm and manganese ore facility from the Port Elizabeth harbour to the Port of Ngqura, unlocking prime seafront property for the long-awaited multi-use waterfront development.

The Nelson Mandela Bay Business Chamber said the move was long overdue. “This a delayed implementation of a decision taken over a decade ago, culminating in the building of the infrastructure that is now ready to host the staff.  This delay in itself has had huge opportunity costs for the region,” the Chamber said in a statement.

“We strongly believe that the strategy to relocate to TNPA’s head office to eMendi is a well-considered, optimal decision to improve the success and viability of the entity’s operations nationally, in the best interest of the South African business sector in entirety…  We fully expect this relocation to be catalytic in the economic recovery of the region.”

Dr. Ayanda Vilakazi, Head of Marketing, Brand and Communications at the Coega Development Corporation (CDC), said, “We see this decision of the TNPA as showing the commitment to be closer to clients, ensure unblocking of projects, and also facilitate further the competitiveness of ports, impacting positively on the various port users”.

He said the Port of Ngqura had added tremendous value to the Coega Special Economic Zone (SEZ) due to its strategic location and that the relocation of the head office would be a critical enabler in tapping into the raw potential of the Eastern Cape economy, improving the overall competitiveness of South Africa.

“It is worth mentioning that there are various national strategic projects on which we are already collaborating with the TNPA, including the proposed Gas to Power Programme, following a declaration by national government that the CDC will be the location for Liquefied Natural Gas  through the allocation of 1000MW. The Port of Ngqura is required to play a pivotal role in laying the groundwork in preparing for the project.”

He said the CDC was particularly keen to advance the Coega SEZ’s Transhipment-Hub strategy, with Zone 1 (back of Port operations) set aside as a maritime and logistics area integrated with the deep-water Port of Ngqura.