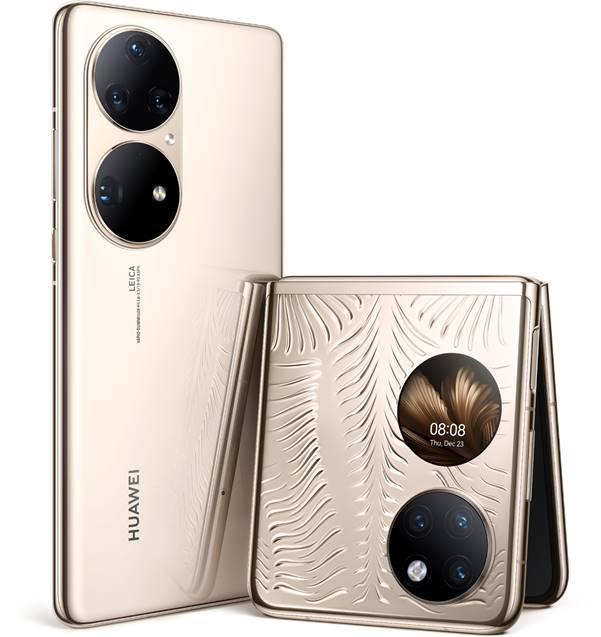 THE latest innovation from Chinese tech titan, Huawei, the foldable P50 Pocket Premium Edition is available for pre-order in South Africa, along with the new P50 Pro, the latest non-folding addition to the flagship P series.

The Pocket is Huawei’s first horizontally folding smartphone. While the company has released two diagonally folding devices, these were never released in South Africa. Unlike its predecessors, which are the size of standard smartphone and fold out into tablet sized devices, the new Pocket folds down into a compact device that can fit easily into a pocket or clutch purse.

It features what Huawei calls an “all-new multi-dimensional hinge” that enables it to fold “seamlessly in half, while still being ultra-slim and lightweight”.

“Since the hinge is made of ultra-high strength steel, you also don’t have to worry about its durability,” the company said in a statement.

“All of these features come together to create images that are true-to-life and rich in detail.”

The “smart” cover screen displays notifications, schedule, calendar, music, weather and the camera, and is interactive. It can be customised through a variety of themes.

When unfolded, the Pocket transforms into a 6.9-inch fully flat screen boasting 120Hz refresh rate and a touch sampling rate of 300Hz.

The recommended retail price is R28,999.

For those looking for a more affordable, non-folding flagship phone, the P50 Pro comes in at R19,999.

Best-in-class photography is a major selling point of the device, starting with its “True-Form Dual-Matrix Camera” system, which comprises a main camera matrix and a superzoom matrix that provide “lifelike imagery with extreme clarity and high dynamic range”.

The hardware is enhanced with the Huawei’s XD Optics and XD Fusion Pro Image Engine, which the company says make for brighter, high-resolution images and greater detail.

The periscope zoom lens on the Pro has 100x zoom with a total zoom range of up to 200x when used in conjunction with the wide angle and periscope lens. The smartphone also supports 4K video recording from both the front and rear cameras.

It also has a 120Hz refresh panel with a 300Hz touch sampling rate, providing a smoother display and faster response time.

On the negative side, neither the Huawei P50 Pocket Premium Edition nor the P50 Pro are 5G capable. Also, instead of Android 12 from Google, they run on Huawei’s own Emui 12, which lacks any Google services, including the Play Store, Gmail and Google Maps.

Mobile bearing assist app keeps you in touch with experts