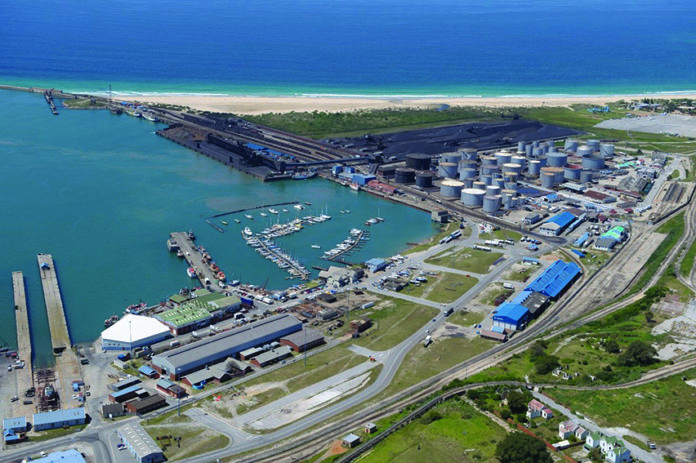 THE decommissioning of the Port Elizabeth tank farm is to go ahead. That’s according to the Transnet National Ports Authority (TNPA), which said it had received the Remediation Order from the Department of Environment, Forestry and Fisheries (DEFF).

This despite an announcement that work on a replacement facility at the Port of Ngqura had been discontinued.

The ports authority said the closure of the tank farm, which had served Nelson Mandela Bay as an import and storage facility of petroleum products for 80 years, and remediation of the site would pave the way for a new waterfront and other developments in the port.

“Tank Farm operations at the Port of PE will continue until 31 December 2021, the date on which the Air Emissions Licenses for the PE Tank farm expires. The decommissioning and remediation activities will commence in 2022,” the TNPA said in a statement.

Port Manager Rajesh Dana said, “This is indeed a milestone to be celebrated. All the parties have worked tirelessly in ensuring that we fulfil the prescribed environmental requirements to ensure the success of the application to the DEFF, and in so doing ensure that the long term plans for the commercial development of the port can be realised.

“The decommissioning, remediation and redevelopment of the site will change both the physical and economic face of the Port of PE and Nelson Mandela Bay. It signifies the commitment to develop the long-awaited waterfront, one of the most anticipated and catalytic projects in Nelson Mandela Bay.”

Dana said the current location of the PE Tank Farm forms part of phase 2 of the waterfront development which would help transform the port into a “Smart People’s Port”.

“The PE Waterfront Project will additionally be a catalyst for sustainable economic development. This will be achieved by providing opportunities for expansion and growth of existing and new businesses, it will promote clean and green developments and accommodate the diverse people of the metro both culturally and economically.”

The TNPA said the decommissioning would go ahead despite “challenges” facing construction of the new liquid bulk facility at the Port of Ngqura. Grindrod Calulo Holdings (OTGC), the successful bidder to build, operate and transfer the facility, stopped work on the project in February 2020, saying it had not found a commercially viable business case for the proposed terminal.

This week it announced that work on the project had been discontinued.

“Unfortunately, OTGC has not been able to achieve a commercially viable business case for the proposed terminal. The evolving market and commercial requirements for a reduced terminal capacity and land could not be accommodated in the parameters of the TNPA procurement process. OTGC is, therefore, in the regrettable position that it has had to discontinue the project,” the company said in a statement.

OTGC is a joint venture between operating partner Oiltanking GmbH, a German multinational that is one of the largest independent operators of tank terminals for oils, gases and chemicals worldwide, and local partners Grindrod Limited.

Reacting to the announcement, TNPA said, “[We] would like to assure the Nelson Mandela Bay community and industry at large that there are extensive and continued engagements with all the role players, to ensure an adequate solution”.

TRANSNET National Ports Authority (TNPA) has pulled out of development of the proposed new liquid bulk storage terminal at the Port of Ngqura but...
Read more
ICT

ACCORDING to the SAS Experience 2030 research, 65% of South African consumers have indicated that they will not be returning to traditional shopping practices...
Read more
Materials Handling