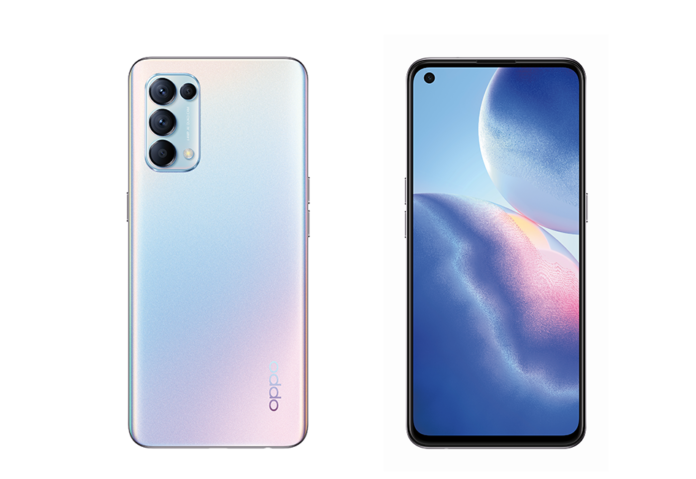 IT’S been a busy time for South African technology watchers with the local launch of new smartphones from three big brands in as many weeks.

The most recent is the Reno5 from Oppo, a relative newcomer on the South African scene, but one that’s already making waves.

Since its low-key arrival in the country last October, the China-based brand says it has sold 30,000 of its budget to mid-range A15, A53 and A72 devices, a modest but respectable start to its stated ambition of becoming the number one smartphone brand in South Africa within five years.

The Reno5 marks Oppo’s entry into the upper mid-range to premium category. With a price tag of R14,999 and available on monthly contracts from R499, it offers many features found on flagship devices costing R5,000 to R10,000 more.

Music fans are also catered to with Dolby Atmos support and a 3.5mm headphone jack, the latter an increasingly rare feature on premium smartphones.

“The Reno 5 is our most ambitious smartphone model yet. Offering ultra-fast, ultra-powerful connectivity and high-end technology that works,” Liam Fourie, Head of Got-to-Market and Operations at Oppo South Africa, said in a statement, adding that it incorporates “technology that improves everyday connection to each other, especially during these uncertain times”.

And with nothing more uncertain these days than a reliable electricity connection, the Reno5’s biggest selling point is likely to be its claimed ability to charge from dead flat to 100 percent in just 36 minutes, thanks to the 65W SuperVOOC 2.0 charger, which, unlike several premium smartphone brands, Oppo supplies free with the phone.

A week earlier, another big Chinese brand, Huawei, announced that its Mate 40 Pro would be available in South Africa from 1 April 2021 at a recommended retail price of R19,999.

It runs Android with Huawei Mobile Services instead of Google Mobile Services, thanks to the ongoing US government ban on the company using products from American companies, so applications must be sourced from the Huawei AppGallery rather than the Google Play Store.

The Mate 40 Pro sports 5G connectivity, a high-resolution OLED display with a 90Hz refresh rate and fingerprint sensor embedded below the screen. It packs 12GB of RAM and 256GB of internal storage.

Photography has long been a selling point of the Mate series and the 40 Pro is no exception, boasting an eye-catching ‘Space Ring’ camera hub containing a 50MP primary lens plus 20MP and 12MP lenses. The 13MP front-facing camera is paired with a 3D depth sensor.

The new Huawei is powered by a 4,400mAh battery that the company says delivers all-day battery life and supports both wireless and reverse wireless charging, the latter allowing users to power up other devices like smartwatches and earbuds from the phone.

Not to be outdone by its Chinese rivals, South Korean tech giant Samsung kicked off the recent launch flurry by unveiling not one, but three new smartphones – the Galaxy A72, A52 and A32 – at its second major launch of the year.

“We are committed to bridging the gap between flagship features and affordability. The Galaxy A Series offers incredible value in its segment,” said Justin Hume, Director: Integrated Mobility at Samsung South Africa.

The company announced that it would offer 5G capabilities on two of the new devices, the A72 which comes with 5G as standard and the A32 which it is offering in LTE and 5G models.

All devices include on-screen fingerprint scanning and support Samsung Pay, which the company says has grown hugely popular in South Africa with millions of transactions since its launch. Galaxy A users will also be able to take advantage of the Samsung Care+ offers that will accompany their release. – GeekWire.co.za