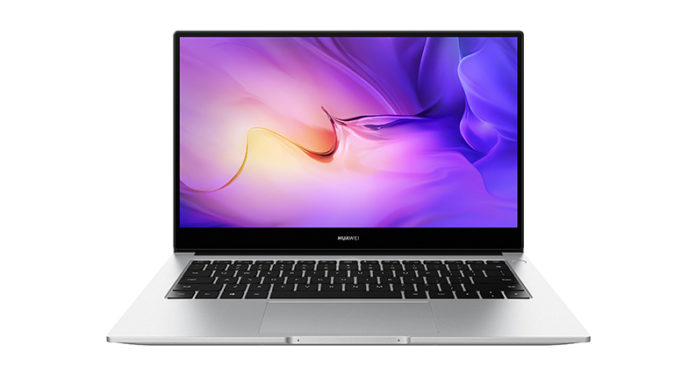 CHOOSING a portable computer to stay productive during lockdown just got harder with the arrival in South Africa of several laptops from two global tech heavyweights.

Microsoft is bringing its popular Surface range to the country for the first time, while Huawei has launched its MateBook D Series laptops.

Tarsus Distribution will initially supply the Surface Laptop 3 and Surface Pro 7 models to the channel, partnering with selected Microsoft Distribution Managed Partners (DMP) and limited retailers to bring the products to market from August.

The Microsoft Surface Commercial products for businesses will be gradually introduced, with supply limited to pre-approved Microsoft DMP’s only.

This marks the first time that Microsoft Surface products are available in South Africa through official channels. Designed with a premium look-and-feel and tight integration with Microsoft 365, the company said Surface Windows 10 devices were aimed at discerning professional users and consumers looking for a device that balances security, aesthetics, speed, and versatility.

“The first two models we are providing to our channel offer a blend of speed, style and versatility for notebook and tablet users looking for a Windows device with a high-quality finish and plenty of power under the hood.”

Optional extras include a range of Surface Type covers, Surface Arc Mouse and Surface Pen in an array of colours.

The Surface Laptop 3 is an everyday laptop that, according to Microsoft, offers “all-day battery life and eye-catching finishes,” a more comfortable typing experience, a 20% larger glass trackpad, both USB-A and USB-C, and Fast Charging, which promises an 80% charge in about an hour.

South African pricing has yet to be revealed.

Just days after Microsoft’s announcement, Huawei revealed that it is to beef up its MateBook offering in South Africa with the new D14 and D15 models, which the company claims bring Apple MacBook-level build quality and specs at significantly lower price tags.

These 14-inch and 15-inch laptops boast nearly the same specifications throughout, with the exception of screen size and battery capacity and, according not Huawei, introduce a “revolutionary cross-platform experience that allows them to seamlessly work with multiple devices”.

While MateBook devices have been available in small numbers, Huawei Consumer Business Group GM for Middle East & Africa Likun Zhao, told journalists at a virtual media event, “We consider this as our official launch of bringing Huawei’s PC devices to South Africa. We have no doubt that these devices will deliver the best possible user experience to South African consumers, especially at a time where they are actively seeking devices that can serve both their work and play needs”.

The company’s South African CTO Akhram Mohamed said Huawei had used its expert smartphone technology and system integration capabilities to realise the ultra-slim bezel design on the FullView Displays of the new laptops. “This design approach lets Huawei pack a large display into a portable chassis and offer the best of both worlds.”

Underneath the anti-glare coating on both laptops is a 16:9 IPS panel supports a Full HD (1920×1080) resolution and a maximum opening angle of 178 degrees. The panels have also been TÜV Rheinland certified for low blue light emission, allowing for better eye protection.

The MateBook D14 and D15 are powered by a 12mm AMD Ryzen 5 3500U mobile processor, with AMD Radeon Vega 8 Graphics embedded.

The 56Wh capacity battery of the D14 laptop supports up to 9.5 hours of continuous local 1080p video playback on a single charge, while the D15 laptop’s 42Wh capacity allows for up to 6.3 hours.

A portable, multi-purpose 65W USB-C charger and a USB-C to USB-C cable are included with both laptops and support all Huawei smartphones and tablets that are equipped with a USB-C port. They also feature overheat protection, which automatically stops the charging process once the temperature crosses a threshold to ensure safety.

Both devices in this new series are equipped with 8GB of dual-channel DDR4 and the solid-state drive (SSD) is connected to the mainboard via the high speed PCIe interface.

New Huawei Share features allow users to project their smartphone display to a PC and control both devices simultaneously. Once the connection is established, users may drag and drop files across the systems to seamlessly transfer files and operate mobile apps directly on the PC – including editing documents.

The MateBook D14 and D15 are available at a recommended retail price of R13,499 from Huawei’s online store, as well as Incredible Connection, Evetech, Computer Mania and Takealot.com. – GeekWire.co.za

IN what it says is a first for the property industry in South Africa, Meridian Realty now has an online offer to purchase (OTP)...
Read more
ICT

Boost for businesses IT equipment recycling

DELL Technologies has announced the expansion of its Asset Recovery Services with new availability in South Africa. The service supports any brand of laptop,...
Read more
Electrical

THE increasing volume of photo voltaic (PV) solar panel installations across small-to-medium-sized businesses raises the question of how to monitor the energy efficiency of...
Read more