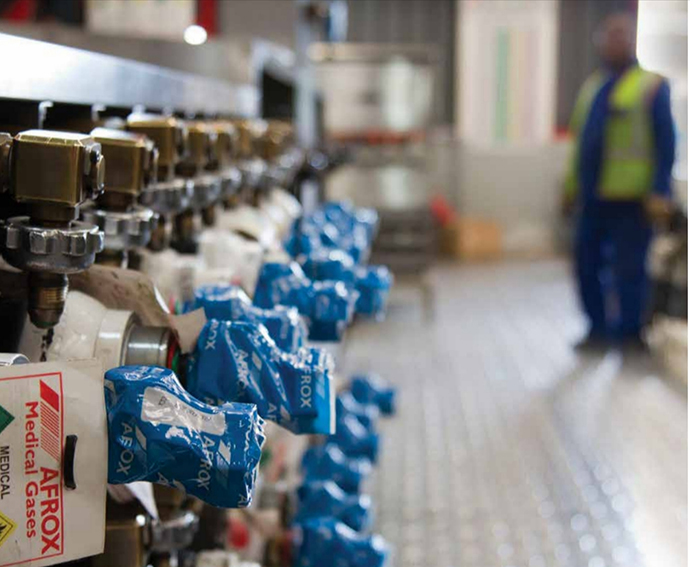 AS health workers in the Eastern Cape battle to cope with a second wave of the COVID-19 pandemic, Afrox, the only supplier of medical grade oxygen to the province has given a firm reassurance that there is no shortage of this gas so crucial to the treatment of patients.

This comes after a senior provincial health official told Parliament last week that the provincial treasury was looking for other sources of medical oxygen after what appears to be a misunderstanding over a letter sent to them by Afrox.

The Eastern Cape Department of Health has since admitted that their acting Superintendent-General, Dr Sibongile Zungu, had misinterpreted the letter posted on a medical oxygen WhatsApp group, adding that she had no intention of misleading Parliament.

Ironically, the letter – meant for Afrox’ Industrial clients – was central to the company’s plans to ensure that it retained an ample stock of oxygen for the province’s medical requirements.

Titled “Notice of Force Majeure — Use of Interim Gas Suppliers on an Interim Basis,” the letter warned of deepening “supply challenges” from 4 January and that “normal supply to industrial customers is likely to be significantly impacted from time to time”.

Afrox spokesperson Nolundi Rawana confirmed that the company had issued a notice of Force Majeure to all its industrial customers in December 2020, but that the letter was not intended for the Department of Health.

“Afrox certainly did not and would not under any circumstances relinquish its responsibilities to supply medical oxygen to hospitals under its contract with the National Treasury,” she said.

“Afrox wishes to state again there is no supply shortage of medical grade oxygen to its contracted customers in South Africa and the Company has more than 1250-tons of liquid Oxygen in its back-up storage footprint alone in South Africa.”

“These steps were taken in anticipation of a spike in demand in early 2021 and is being enforced to save lives. Afrox consider it a moral and ethical duty to put lives before livelihoods or profits in this state of national disaster.

“Afrox has and continues to fulfil every order received in line with the original pandemic action plan communicated and agreed in 2020 with the health authorities and hospitals. However, Afrox is responsible for only a portion of the medical oxygen supply chain.”

Rawana said it remains incumbent upon hospitals and clinic administrators to anticipate admissions and monitor the needs of patients through their medical staff. “Any spike in demand as reported by medical staff to hospital administrators needs to be communicated to Afrox in reasonable time to allow for logistical delivery planning.”

She added that Afrox’s fleet supplying medical oxygen, both bulk and cylinders, is a “round-the-clock operation”.

“If administrators are in need assistance in hospital oxygen logistical planning in this current crisis, they must contact Afrox immediately utilising modern communication platforms provided by the company. Last minute orders by outdated methods are slow and can be the main cause of delivery delays.”

Outsourcing hygiene monitoring services could save you time and money

HEALTH risks in workplaces are constantly changing. Workers are faced with health hazards such as noise, infectious diseases, poor lighting and many other stresses....
Read more
Motors