New employment Bill set to shake up hiring. Are you prepared? 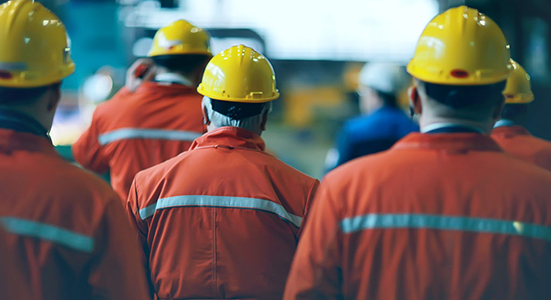 Once passed into law, this legislation is likely to cause headaches for executives with regards to updating their recruitment and hiring policies and processes to comply with the Act’s requirements. This is not territory that organisations will have to navigate alone.

Temporary Employment Service (TES) providers are expertly positioned to help businesses realign to achieve legislative compliance, balancing the requirement to hire locally with the need to have the best skills for the business, even where those skills need to be sourced from outside our borders.

Just how big is the informal sector? A Quarterly Labour Force Study in 2019 found that roughly three million people work in the informal sector, which represents just under 20% of total employment in SA. With this in mind, the Employment Services Amendment Bill is a deliberate attempt by the government to limit the hiring of foreign nationals over South Africans, without justification on the basis of skills.

Some of the changes proposed in the Bill include stipulations that must be met before a foreign national can be employed in South Africa, as well as the requirement for an employer to prepare a skills transfer plan for such a position.

In order to make compliance with the legislation easier, the Bill encourages employers to make use of public employment services or private employment agencies to assist in recruiting suitable South Africans.

Regulations will be drafted by the Minister of Labour to facilitate the employment of foreign nationals, and affected sectors and their targets will be published in the Government Gazette to ensure equitable representation in the workforce. Although legislation that prioritises the hiring of domestic nationals is not a new concept globally, these limitations will impact industries such as hospitality, restaurants, security, farming and agriculture, as well as road and freight among others.

From an administration perspective, TES providers will prove invaluable in mitigating risk when it comes to ensuring that businesses are advertising and following a proper recruitment process. Such providers will be instrumental in facilitating skills transfer plans where a foreign national is hired after all other options have been exhausted. Furthermore, employers can benefit from the extensive databases that TES providers have, making it much easier to find suitable South African candidates for placement.

While it has taken more than five years to get to this point in the legislative process and it is still unclear as to exactly when the Bill will be passed into law, it is still necessary for companies that rely heavily on foreign national labourers to prepare themselves accordingly.

In light of our rising unemployment numbers, it is an issue that must be taken seriously, and organisations should ensure that their risk is properly mitigated. This can be done by having a safety net in place with a TES provider advising on best practices until there is legislative clarity.

Ultimately, businesses will have to be mindful of employing foreign residents and should do so only on a needs basis, and not merely for the sake of convenience.

THE SAB Foundation is looking for 40 to 60 entrepreneurs who are committed to boosting their growth and achieving new levels of success to...
Read more
Materials Handling