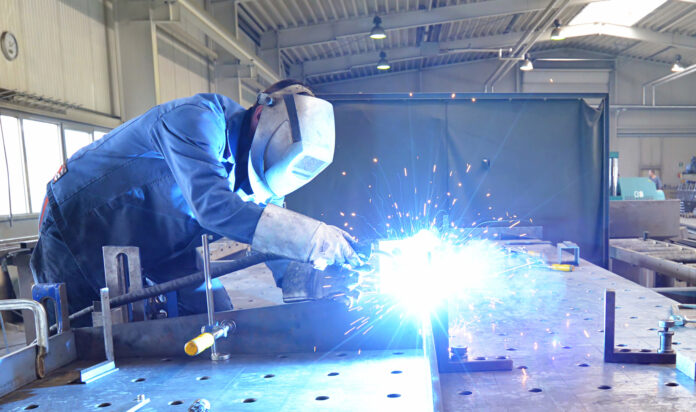 THE Southern African Institute of Welding (SAIW) has signed a service level agreement (SLA) with The Welding Federation for Africa (TWF) to drive productivity in manufacturing across the continent.

Newly elected TWF Executive Director Ayo Adeniyi said the growth potential of the African welding market is being directed, in part, by growing urbanization and significant reserves of raw materials, and this alliance is expected to meet a multitude of industries’ welding needs.

“Through the umbrella of TWF, SAIW and a host of other African stake-holding associations, we are working assiduously to build and integrate Africa’s manufacturing industries. Firstly, to increase the capacity of member states to competitively attract and sustain inflow of investments, and to encourage trade of products and services across member states for sustained economic growth.”

Adeniyi said a key focus of the TWF and SAIW partnership is ISO 3834 certification, which allows certification bodies to assess a manufacturer’s ability to meet customer and regulatory requirements and further endorses a company’s welding employees as competent. It also boosts a manufacturer’s capacity to sell its products in domestic and international markets.

“Awareness by metal production companies of the operational productivity and market position benefits of implementing the ISO 3834 system is unfortunately very low across the continent and the SLA between TWF and the SAIW is tailored to address this gap.”

Another TWF priority is the development of a tailored Welding Inspector training programme which is being developed by a committee of experts from across the continent to specifically address gaps in the African manufacturing space.

“The SAIW has a welding inspector program that has been successful for decades and it is therefore being used as a reference template for the development of TWF’s continental welding inspection scheme.

Adeniyi said that TWF’s Welding Inspectors scheme, when launched, will offer a harmonized template for the development, assessment and certification of welding Inspectors and will provide a solid foundation for continuous review and updates in line with prevailing industrial realities.

SAIW Executive Director and TWF President John Tarboton said, “I believe strongly in the power of alliances and continental collaboration is vital at this critical juncture in Africa’s manufacturing sector amidst the new COVID-19 reality facing the globe. Future training programmes from the TWF will also expose welders, fitters, and pressure vessels inspectors to world-class quality standards to ensure weld production excellence and will help position the continent as a contemporary welding pioneer in the years to come.”