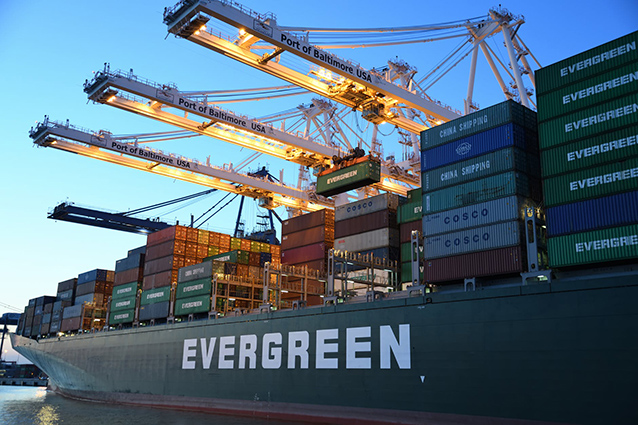 SOUTH Africa’s maritime enforcement laws can be a lifeline for shipping creditors left high and dry despite having an arbitration award against their debtors.

She added that current conditions in the global trade environment have highlighted the attractiveness of South Africa’s legal framework for enforcing maritime claims.

“2020 was a difficult year for many ship owners and operators. With global trade taking a dramatic and steep drop as a result of lockdown measures, disputes are inevitable. Although many claimants have succeeded in obtaining final arbitral awards, their debtors simply do not honour them, despite demand.”

Many of the awards issued recently in international tribunals are against one-ship-owning companies or so-called ‘paper charterers’.

Often, such companies either have no real assets against which to execute or are able to move their assets to related companies, thus avoiding enforcement. “As a result, claimants with a final award find themselves with almost no recourse when their efforts to enforce the award come to nothing,” Stockton said.

However, such cases can – and have been – successfully concluded in South Africa, which has unique maritime enforcement legislation, the Admiralty Jurisdiction Regulation Act 105 of 1983.

For international shipping creditors pursuing enforcement of an award, this Act has three interrelated provisions that are particularly useful.

One is that it recognises any judgment or arbitration award relating to a maritime claim given or made anywhere in the world, said Stockton, referring to section 1(1)(aa) of the Act.

“This means an award handed down by a tribunal in London or Hong Kong relating to a claim for breach of charter or other shipping dispute will, subject to the facts of the matter, qualify as a maritime claim.”

A second noteworthy aspect of the Act from the point of view of creditors is that they can seek recourse in South Africa without first having to go to the High Court to have their arbitration award formally recognised. This is because the enforcement of an international arbitration award is regarded as a separate and distinct maritime claim.

Thirdly, the Act permits the arrest of an ‘associated’ ship instead of the ship that gave rise to the claim. “An associated ship arrest goes further than sister-ship arrest, which is common all over the world,” Stockton said.

Cutting to the chase

Associated ship arrest is designed to cut through the restructuring arrangements that debtors might make to avoid the enforcement of an arbitration award. It essentially allows creditors to arrest vessels which are controlled, but not necessarily directly owned, by the same person or entity which owns or controls the ‘guilty’ ship in question.

“In other words, this permits the piercing of the corporate veil by the arrest of a vessel not directly owned by the person liable for the claim,” Stockton said.

She noted that debtors often raise the question of timing as a defence against an arrest of an associated ship.

“A common defence is that an arbitration award can only be enforced if the claim arose at the time the award was issued, and not at the time of the claim arising. This would then supposedly negate the association between an arrested ship and the guilty ship if there was a change in ownership in the meantime.”

However, South African law does not accept this defence.

“The result is that the maritime creditor benefits from being able to assess ultimate beneficial ownership and control at the time the underlying claim arose.”

Thus, even if the guilty ship has been scrapped or the debtor has no assets that are directly and easily executable, the creditor has recourse though the arrest of an associated ship.

“All in all, South Africa provides a world of opportunity for maritime creditors through progressive maritime enforcement legislation.”

The total contribution of the country’s oceans economy sector is projected to rise to R208 billion in 2038, according to the Gqeberha-based South African...
Read more
Ports, Shipping & Harbour Infrastructure

Compliance in shipping: how to tell the amazing from the mediocre

Road continues to be the transport mode for the majority of goods in South Africa. And with such vast quantities of freight on the...
Read more
Ports, Shipping & Harbour Infrastructure