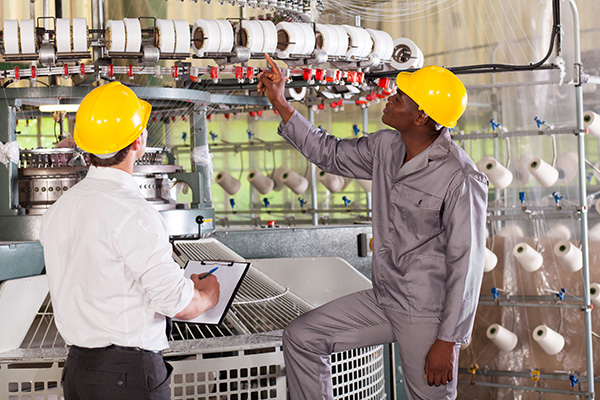 CONFIDENCE levels among South African manufacturers improved on the back of better business conditions, the Q1 Absa Manufacturing Survey shows.

According to the survey, overall business confidence increased by five points to 43 during the quarter, a reversal after two consecutive quarterly declines. This was primarily supported by positive domestic and export sales which have been sustained over the past four quarters.

“The Q1 results show the sector is fairly upbeat, but there is some downside risk as the majority of the responses were received before the Russian invasion of Ukraine,” said Justin Schmidt, Head of Manufacturing Sector at Absa Retail and Business Bank.

“Although the official statistics for January and February were better than expected, the possibility of renewed pressure on still strained global supply chains, and more importantly, increased prices of raw materials such as oil and agricultural commodities, were likely not considered by most respondents. These factors may weigh on manufacturers’ confidence due to potentially higher production costs and further supply chain disruptions.”

The quarterly survey, which covers approximately 700 businesspeople in the manufacturing sector, was conducted by the Bureau for Economic Research (BER) at Stellenbosch University between 9 and 28 February 2022. The confidence index ranges between zero and 100, with zero reflecting an extreme lack of confidence and 100 extreme confidence where all participants are satisfied with current business conditions.

After an extended period of excess capacity and supressed investment in the sector, this quarter’s indicator for fixed investment levels increased by six points to the highest level since the fourth quarter of 2007, while investment intentions for the coming 12 months increased 12 points to the highest level in 11 years. “This is extremely good news for the industry and shows capacity to grow into the future,” said Schmidt.

Positively, not only were manufacturers upbeat about overall fixed investment, but they also expect the levels of demand to improve over the next 12 months. The majority of manufacturers intend to invest in inventory as well as machinery and equipment in the coming year.

“However, despite higher output, the stock levels of finished goods relative to expected demand were still deemed as too low,” said Schmidt. “In addition, the continued shortage of raw materials possibly results in producers meeting demand from existing stock and is inhibiting a ramp-up in production.”

Notably, numerous respondents flagged shortages of key input products and delays with especially imported products, due to long lead times on sea freight, as a concern.