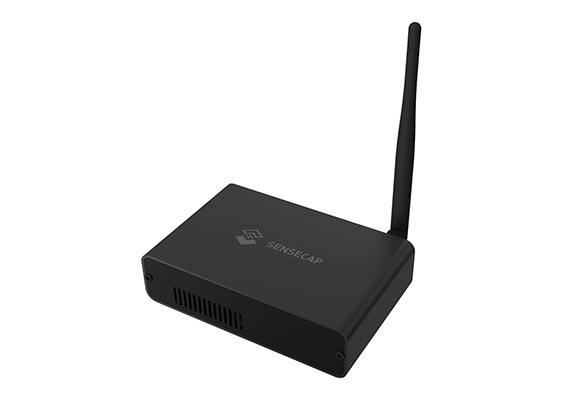 BILLED a “cryptocurrency for the people”, Helium, garnered so much hype ahead of the regional launch of its internet router-cum-currency collecting device that the local distributor’s website crashed under the load of an astonishing 2.5 million hits on its website on launch date.

Helium is a global, distributed network of hotspots that create public, long-range wireless coverage for LoRaWAN-enabled Internet of Things (IoT) devices. Hotspots produce and are compensated in HNT, the native cryptocurrency of the Helium blockchain.

IoT solutions provider, Euca Technologies in Johannesburg is one of four worldwide distributors for Seeed Studios SenseCAP M1, which is a LoRaWAN indoor gateway (hotspot) which is compatible with the Helium Long-Fi Network.

The company is responsible for sales of the new devices to Europe, Middle East and Africa. Despite careful pre-launch planning, nothing prepared the local distributor for the flood of orders and responses it received in just a few short hours after the launch.

With limited numbers being released globally, and no forward orders allowed in the initial stages, the company almost immediately sold its first batch of devices to be shipped locally and abroad. Subsequent volumes of the SenseCAP gateways will remain limited while the devices are rolled out globally.

Euca Technologies Managing Director Ernest Campling said what makes the Helium cryptocurrency unique is that it is backed by physical infrastructure that has set out to provide a worldwide network of long range Long-Fi that will enable household or industrial devices to be monitored and controlled over the internet via IoT.

Simultaneously, the SenseCAP devices collect Helium Network Tokens (HNT) as an incentive for building out its IoT network.

The end goal for the crypto currency is to build a robust IoT network that will enable the rollout of more simple switching, monitoring and control equipment anywhere in the world over a people’s network that is owned and controlled by the general population.

Equal allocations of the devices are made for private individuals and businesses, which means that ultimate control will always remain in the hands of everyday people rather than a specific network provider, Campling said.

The company first began using LoRaWan technology to enable communication of its environmental monitoring devices with its own specially developed software. Such devices are typically used in pharmaceutical, agricultural, food, tracking and other industries that require on-the-minute monitoring and control of devices such as irrigation, cold storage, building management and vehicles monitoring etc.

He said the long-range capability of Long-fi also enables household equipment such as gate motors, access control, alarm systems, climate control, lights, curtains and even ovens, washing machines and other appliances to be controlled via a computer or cell phone.

“While the IoT works perfectly well on standard Wi-Fi networks, these are typically short-range devices which can be hacked by criminals and security compromised.  By comparison Long-fi is pervasive and won’t allow access to the broader LAN and computer networks,” Campling said, adding that the LoRa standard had fast become the choice Long-fi frequency worldwide and a mainstay of IoT devices.

“SenseCap routers are fully guaranteed and can be installed in minutes almost anywhere to begin collecting HNT crypto tokens and rollout connectivity to all areas of South Africa and abroad. Zoomable world coverage maps show how especially Asia, Europe, USA and other developed countries have quickly adopted the technology and covered entire regions with Long-Fi.”

IN what it says is a first for the property industry in South Africa, Meridian Realty now has an online offer to purchase (OTP)...
Read more
ICT

Boost for businesses IT equipment recycling

DELL Technologies has announced the expansion of its Asset Recovery Services with new availability in South Africa. The service supports any brand of laptop,...
Read more
Automation & Control

Opinion piece: Industry at the edge