How to protect heritage or historic buildings from fire risk 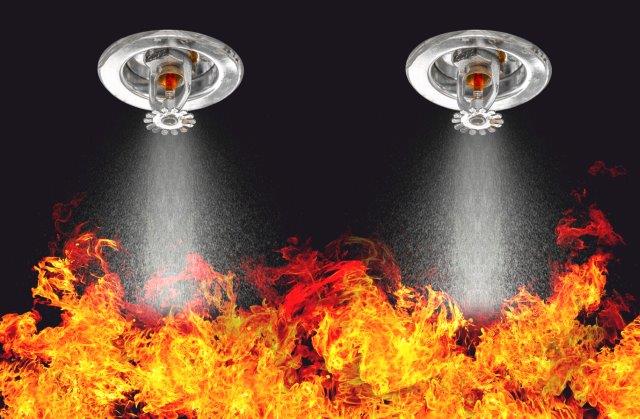 THE issue of protecting heritage structures and other buildings containing priceless artefacts or documents from fire risk came into stark focus in mid-April when a blaze originating on Table Mountain swept onto the upper campus of the University of Cape Town (UCT).

It caused extensive damage to the African Studies Library reading room, known previously as the JW Jagger Library. Built in the 1930s, it is home to many international research collections, with an estimated 85 000 items in total.

ASP Fire CEO Michael van Niekerk said the first factor to consider is that the reading room was obviously not designed initially for that purpose. “It is particularly challenging where you have a building that did not necessarily have fire resistance measures incorporated into its design,” he said.

In terms of a historic building where the walls, floors and doors cannot be rendered fireproof, an alternative passive fire-safety approach is to adopt a fire-rated shelving system, Van Niekerk said. Such mobile shelves can then simply be wheeled out of harm’s way for safe transfer of the contents outside. However, caution must be taken in not opening any external doors that can introduce more oxygen into the burning building, causing the fire to get out of control.

Another option is to use a gas fire suppression system designed specifically for archives and libraries, which have the benefit of not leaving behind any damaging residue. The challenge here is that because libraries present such large spaces, the quantity of gas required is quite considerable.

Hence the larger question is the protection of the heritage building itself versus its contents. While older buildings may have a stone or brick superstructure, the flooring and internal structure is generally made from timber.

The construction materials used in older buildings are definitely not in line with modern regulations. Complicating the issue is that heritage buildings are very difficult to retrofit with conventional sprinkler systems, for example, due to the fact that their external appearance has to be preserved. However, there is a responsibility on any building owner to ensure that a building is fit-for-purpose in terms of fire protection, which extends to both loss of valuable property and loss of life.

“The risk is that we possibly lose a building, as opposed to trying to save the contents. However, that is a strategy that the building owners or the trust in charge of a particular heritage building needs to consider.”

Van Niekerk said the fact that the fire that devastated the African Studies Library reading room originated outside indicated that attention needs to be paid to wildland urban fire interfaces that can protect such buildings, for example.

“This is probably the best strategy to adopt in the event of a fire like the recent Table Mountain blaze, as it means a heat shield is essentially created around a building in order to protect it.”

In addition to modern advances like recessed sprinkler systems, which are only activated in the event of a fire, another solution is a hypoxic system that introduces nitrogen into an area to reduce the oxygen level to the point where spontaneous combustion cannot occur.

However, said Van Niekerk, the best approach remains a proper fire-risk assessment, which looks at a building holistically and not in isolation to any other factors. What is the environment that surrounds the building? This played a critical role in the Cape Town fire, which propagated in the fynbos of Table Mountain and quickly spread.

“In this instance there was a driven wildland fire with burning brands being blown towards buildings.”

There are also internal factors that need to be considered, such as the possible sources of ignition inside a building and how best to manage these. Notwithstanding that a building is old, the electrical system can still be modernised without affecting its heritage ‘look and feel’.

In addition, modern electrical management systems based on earth leakage and thermal resistors, as well as computer monitoring, can result in an automatic shutdown if any risks are detected. These can range from fans, heaters and computer terminals that are left on to overloaded multi-plug extensions, a common cause of fire in a typical office environment.

“Managing the internal environment of a building adequately allows for the fire risk to be minimised. Obviously, risk can never be eliminated by 100%, but it can definitely be reduced to an acceptable level.”

Van Niekerk said an effective means to achieve this is to introduce refuge areas into heritage buildings in particular, which forms part of the overall life-safety strategy. A refuge area has its own oxygen supply and fire-rated walls and doors in order to protect occupants until a fire dies down or is brought under control.

“There is an onus on the owners or trustees of a heritage or historic building to safeguard that building against fire. This is a risk assessment that any responsible building owner should conduct. It is advisable for any commercial or academic institution to request their insurers to come take a look at their buildings in order to give them advice.

“If the insurer does not have the necessary technical expertise or experience, ASP Fire offers this specialised service to a host of insurers.

VOLKSWAGEN SA celebrated a momentous milestone earlier this month with the 1-millionth Polo for export rolling off the production line at the plant in...
Read more
Food & Beverage