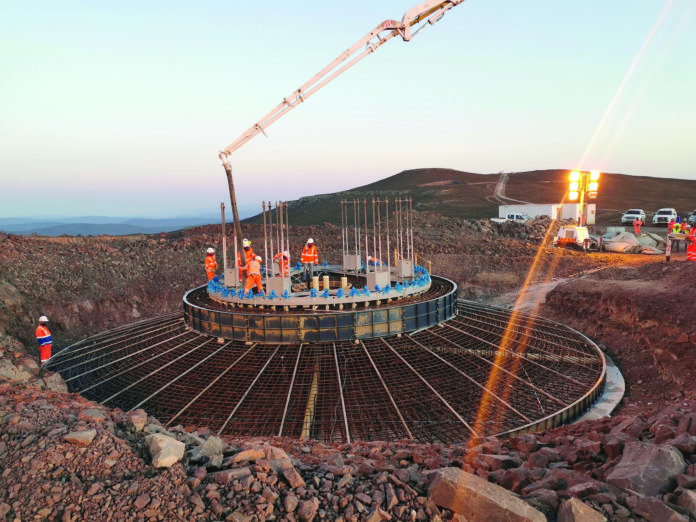 CONCOR is completing its tenth wind farm project where the majority was constructed as an engineering, procurement and construction (EPC) contractor, highlighting its niche expertise and capability in this segment.

According to Contracts Director Joe Nell, the company has been especially busy during the fourth round of the Renewable Energy Independent Power Producer Procurement (REIPPP) programme.

“We were awarded five projects during this last round and were able to successfully implement four of them at the same time. This performance is testament to our highly skilled and experienced teams on the ground, and our strong balance sheet to apply all necessary resources to each project’s particular demands.”

Nell highlighted the tight timeframes in these projects, which were capable of delivering power to the national grid within two years of the project agreement being signed off. In most projects, Concor met a schedule of just 16 to 17 months, which included an initial four-month design phase.

The company’s contracts began with one of the country’s first wind farms, the 60-turbine project at Jeffreys Bay. More projects followed near Noupoort, De Aar and Loeriesfontein, often remote and with challenging conditions related to geology or weather. Four projects were then run concurrently – Perdekraal East in the Witzenberg district, Excelsior near Swellendam, Golden Valley near Cookhouse and Kangnas near Springbok.

“The most recent wind farm is Roggeveld, in the mountains between Matjiesfontein and Sutherland, where cold conditions and snowfalls forced the site’s closure on numerous occasions. This created its own challenges which added to the experience of our teams.” said Nell.

The wind farms that Concor has constructed now contribute over 1,000 MW of electricity to South Africa’s grid capacity.

AN investment of almost R300m will ensure that Orion Engineered Carbons remains in business and part of the automotive value chain. The investment arrangement, involving...
Read more
Disaster Management

by Denise Van Huyssteen, CEO There is high risk that 40% of Nelson Mandela Bay will have no water by the end of May as...
Read more