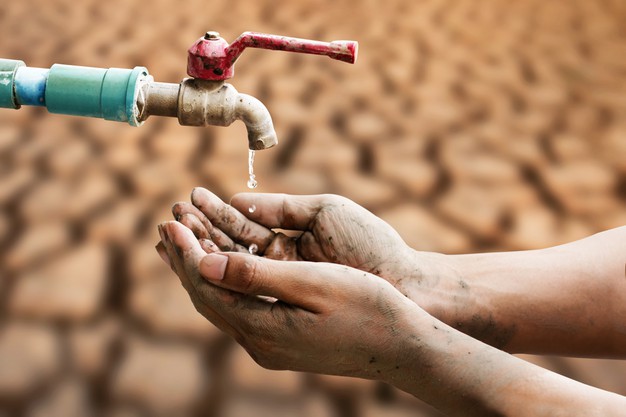 There is high risk that 40% of Nelson Mandela Bay will have no water by the end of May as the Metro is fast running out of water, with no significant rains currently projected for the area.

“Reticulating water from the Nooitgedacht scheme throughout the municipal areas is wholly reliant on pumpstation operations. However, the drought has pushed operations to its limits, where stand-by pumps are in use as duty pumps. In recent months, there have been several failures in pumpstation infrastructure and outages are therefore now more likely as the system has been under severe strain for months.

Furthermore, the KwaNobuhle pump station is still not operational, with new timing for completion of the project having moved to the end of June.”

Van Huyssteen says: “When the dams run dry, many reservoirs will naturally be starved of water due to the high demand and will need to be shutdown. With demand remaining around 280 megalitres per day (MLD), dry taps are inevitable as both the Kouga and Kromme systems serving the Metro will run dry.”

Additionally, frequent pump station failures have been the norm since December 2021. Due to constraints at local dams, the Metro has not been able to balance the system by increasing supply from available sources as it has in the past. This has resulted to frequent mechanical/electrical breakdown in the water supply. ”Urgent refurbishment work is required at some of the critical pump stations, and procurement efforts must be intensified. It is critical that the dam capacity be stretched to the end of June, when the KwaNobuhle pump station will be able to pump Nooitgedacht water to KwaNobuhle and other areas served by Western suburbs.”

Water consumption has remained consistently high over the past few months and has not come down over the past few months despite numerous requests for residents and businesses to save water. Daily consumption levels have been tracking at 280MLD but this needs to reduce to 230MLD per day even after the pump stations are complete – there will be only 230MLD available until such time that rain replenishes local dams.

Van Huyssteen emphasises that an additional potential risk includes the potential collapse of the sanitation system. “From the end of May potentially 40% less water will go into the treatment works thus creating high risk of blockages occurring. This in turn may pose various health risks for communities.”

Should no significant rains fall between now and end of May, the repercussions for businesses and communities would be severe. “As part of mitigation efforts, we strongly appeal to all businesses and residents to immediately drastically reduce their consumption levels.  Adjacent to this all potential alternatives should be adopted where ever possible, such as rain water harvesting, recycling initiatives, water restrictors and other measures.”

She highlights that there is little visible awareness around the Metro relating to the seriousness of the water crisis.  “Shopping centres, restaurants and other public amenities do not appear to be actively driving water saving messages and measures.  It is vital that we all play our part in dramatically driving down our water consumption levels so that we can mitigate the risks associated with the current and very concerning state of affairs.