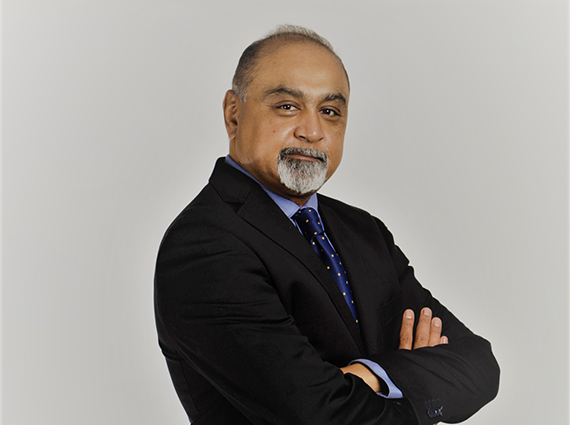 THE Africa Continental Free Trade Area (AfCFTA) agreement came into effect on 1 January 2021. A total of 54 of Africa’s 55 countries have agreed, in principle, to participate in the agreement, and 41 have submitted their tariff offers.

However, to date, only 34 countries have officially signed it and four have ratified it. In principle, a total of 15 countries need to ratify the agreement in order to enable its full enforcement on the continent. If successfully implemented, this will be the largest free trade area agreement in the world.

Hopefully this will soon be the case, because the opportunities that AfCFTA presents for all African countries, particularly after the devastating impact of Covid-19 on trade in most regions, should not be underestimated.

The proportion of trade in Europe that takes place intra-continentally is around 60%. In contrast, Africa’s intra-continental trade currently sits around the 17% mark. The United Nations has predicted that, on the back of the successful implementation of AfCFTA, that figure could rise to as much as 53%.

When you consider that the value of trade between SADC countries alone is currently around $35 billion, the potential for this fare larger free trade area agreement to comprehensively transform trade in Africa is clear – and it could easily be worth trillions of dollars.

The most obvious positive impact of AfCFTA is that it will likely be a significant catalyst of trade between African countries, while at the same time creating the opportunity for participating countries to retain much of their forex flows within the continent.

Importantly, the value of such intra-continental trade extends far beyond the buying and selling of goods. An effective AfCFTA agreement will also drive significant transfer of knowledge, skills and expertise across the continent. Vital manufacturing and beneficiation capability, and activity, could increase massively and the transport sector should get a significant shot in the arm as well.

What’s more, such increased trade between countries in Africa will almost certainly create more efficient value chains, have a stabilizing effect on the price volatility that has thus far characterized much of Africa’s trade activity, and build a far more competitive environment overall.

Finally, the ability to create greater diversification of goods in each country will also reduce dependencies on single commodities that have long characterised many African countries’ economies.

The free trade agreement should also have significantly positive consequences for SMMEs throughout Africa, in that it will help to create a solid platform for smaller businesses to participate in, and benefit from, heightened intra-continental trade.

Of course, the full implementation of AfCFTA is likely to take many years and will require the full buy-in and support of businesses and governments across Africa. There are a number of key components that need to fall into place in order to create the momentum needed to successfully implement the free trade area in the coming years.

For one, the overall theme of industrialisation required to realise many of the potential benefits will only happen if all African countries work together, as a united front on the continent, in order to raise standards and create new manufacturing industries.

The commitment of all participating countries to stay true to the agreement is also crucial. This is a very real risk given that reducing tariffs has the effect of also lowering earnings.

And while higher levels of internal trade and increased taxes should offset this, the ability of individual governments to balance these revenue streams, rather than giving into the temptation of increasing import tariffs or looking for other external revenue streams is key to the sustainable success of AfCFTA as a whole.

An intensive focus on large-scale, continent-wide digitisation is another key success factor. Integrated digital trade platforms are non-negotiable, as are digitized customs tariff codes and technologically advanced customs, excise and border control systems. Clogged border posts due to archaic systems and processes will be a recipe for disaster.

Another fundamental success requirement is the ability of African countries to leverage AfCFTA to continue attracting Foreign Direct Investment (FDI). Intra continental trade is not a silver bullet solution to Africa’s economic challenges. FDI is still an essential cornerstone of sustainable economic development. Countries on the continent will therefore need to urgently address any hindrances to such foreign investment and do their utmost to create a more investor-friendly environment.

While, as mentioned, the overall bedding down of such an agreement will take years, it certainly need not take that long for the benefits to flow through to participating countries. Growth in trade, skills, learning and efficiencies can, and should, begin to be seen in a relatively short space of time.

And with a shared vision, honest and transparent leadership and effective collaboration, AfCFTA has the potential to be a turning point for Africa that could see it transformed into the global economic powerhouse we all know it can be.

Slight rise in business confidence as SMEs focus on rebuilding

AFTER an eight-percentage point slide in Q4 2020, the business confidence level among small and medium enterprises (SMEs) owners is on the rise again,...
Read more