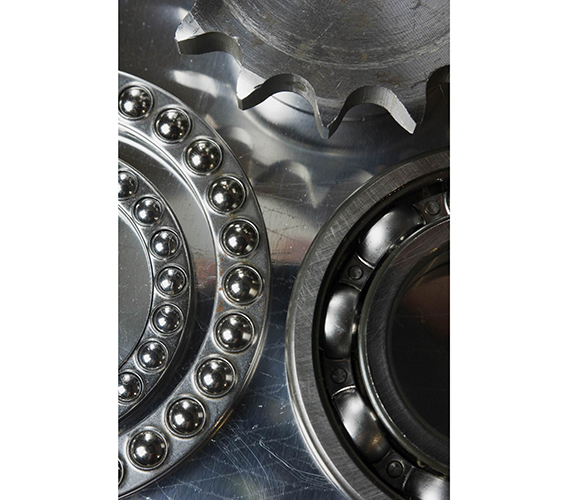 GEARS, like any mechanical element, are subject to wear and, if not addressed, even failure.

That’s according to Callum Ford, National Marketing Manager at Lubrication Engineers (LE) South Africa, says that upon first inspection of a properly installed and lubricated set of gears, they will have a highly polished look. This is due to the combined action of rolling and sliding which smooths the working surfaces of the teeth.

Under continued operation, however, trouble may occur, which will show up as a breakdown of the tooth surface.

“The type of failure will often indicate the reason and proper remedy,” said Ford. “While normal wear will see the loss of metal from both surfaces from unavoidable abrasion, this does not prevent the gear from performing satisfactorily during its expected life.”

On the other hand, initial pitting may occur when gears start working. It may continue only to the stage where local high spots have been reduced, so that there is sufficient contact area to carry the load without further surface damage.

Occasionally this type of pitting will “heal over”, but when pitting continues and becomes progressively worse, the unpitted areas are insufficient to carry the load and rapid destruction may occur.

In some cases, load reduction will prevent further destruction. “The lubricant should not be expected to eliminate pitting, although in some cases very mild pitting may be improved by using a heavier oil,” said Ford.

Abrasion is another common problem. It’s characterised by many fine scratches on a tooth surface. “Abrasion is damage caused by gritty material introduced into the gear case. Wear takes place uniformly across the teeth. The wear may be rapid and destroy not only the surface but the shape of the tooth.”

Ford said abrasion can be prevented by more frequent changing of the oil to remove foreign abrasives, or better protection of the gear case from contamination.

Galling (which might initially be referred to as scoring) removes metal from tooth surfaces, due to the failure of the oil film to carry the load. This is normally because operating conditions are abnormally severe or because the incorrect oil was used.

Spalling, on the other hand, is the abnormal loading of tooth surfaces. This overstresses the subsurface metal until large chips or flakes break away from the teeth. This condition starts at the base of the tooth. Small flat flakes of metal may be visible in the oil.

“Gear longevity and bearing life are always improved by the use of the correct lubricant containing the proper additives,” said Ford. “But it’s important to understand the root causes of the issues too, and what the limitations of your lubricant are. We suggest people speak to a specialist lubricant advisor to help diagnose gear failure issues and to recommend the best product for their specific application.”