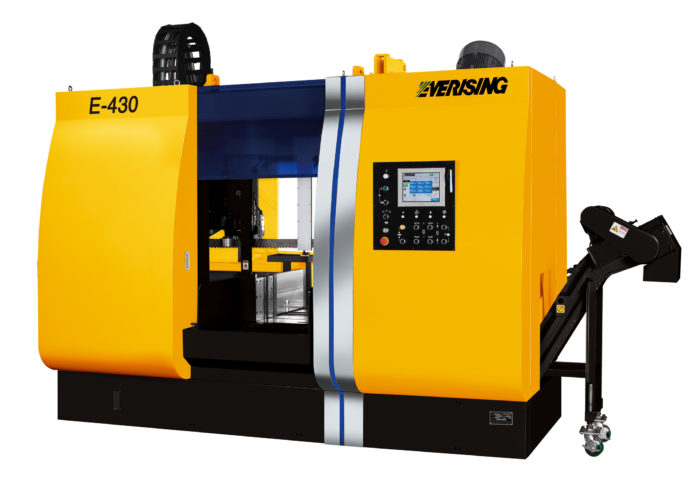 That’s according to Anthony Lezar, General Manager of the Machine Division at First Cut, who said Everising had been producing mid-to-large size band saws and circular saws since 1982 that were used by some of the top manufacturing, steel fabrication, and processing facilities in South Africa and abroad.

Commenting on  the partnership, he said, “This has resulted in a large installed base of some 1 500 band saw machines at First Cut’s customers –  many of whom have purchased several machines from us over the past 17 years”.

He cited recent upgrades to the popular P-series circular saw and E-series bandsaw ranges are prime examples of incremental innovations that had contributed to improved data transfer in terms of speed and volume, enabling customers to reduce production costs by speeding up cutting times.

“In any manufacturing environment, the bandsaw is the production manager’s best friend. Fully-automated band saws can have a very significant effect on the productivity of fabrication businesses or steel merchants, for example,” said Francois Marais, Sales Manager at First Cut.

Speaking to the recent Everising product upgrades, Marais said the well-known P-series has a user-friendly touchscreen, with easy-to-follow graphics and cutting parameters are clearly displayed on the touchscreen controller. A bonus for operators is the self-diagnostic function which allows for immediate on-screen troubleshooting.

Turning to the E-series band saws, Marais said, “The new E-430 delivers on the crucial customer requirements of speed, economy and accuracy. Importantly, it performs in terms of sustainability by creating less material waste and using less power.”

THE Southern African Metals and Engineering Indaba, which takes place on 24 and 25 May at the IDC Auditorium in Sandton will probe the...
Read more
Finance & Investment

Is your business a ‘screen-scraping’ fraud risk?

BUSINESSES are often unaware that by giving a third-party or software programmes access to their financial information, they are potentially being exposed to the...
Read more

ORGANISED business in Nelson Mandela Bay has welcomed the Council’s recent green light for the construction of a seawater desalination plant but warned that...
Read more

A Sage new way for SMEs to automate business accounting

FNB and cloud business management company Sage have announced a partnership that they say will simplify the process of transferring financial transaction history to...
Read more
Load more