Could tower cranes make a comeback in 2020? 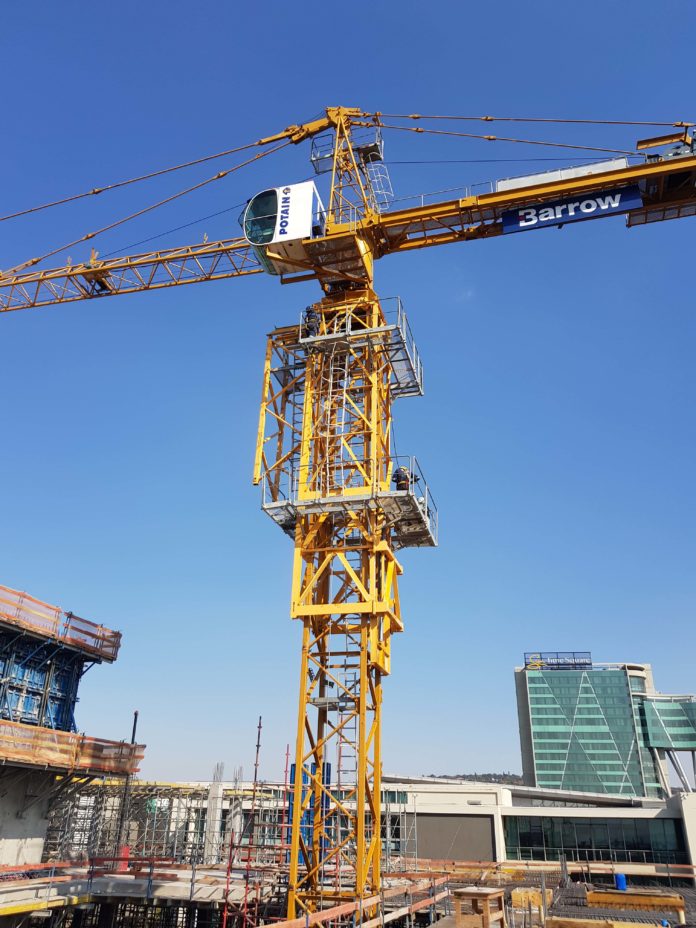 THE depressed state of construction in South Africa means that tower cranes are usually rented rather than purchased, but there is a chance that this trend may start changing this year.

This is according to Crane & Hoist Equipment SA managing director Brenden Crous. The company is the local distributor for global tower crane leader Potain.

“Rental makes up most of our business at the moment, but customers will start buying again when the sector starts recovering – hopefully later this year,” said Crous.

He noted that there are already about 200 Potain cranes active in South Africa, making it an established brand with a loyal following. Producing cranes since 1928, Potain has sold over 120,000 cranes into the global market.

Formed in 2017, Crane & Hoist Equipment SA has already had a busy few years. Its rental fleet serves projects with up to eight-tonne lifting requirements and 50 to 60-metre reach. Its appointment last year as Potain distributor is testament to its experience and skills, said Crous.

“Our management team has a combined four decades of hands-on familiarity with Potain cranes,” he says. “Likewise, our staff have been selected for their equivalent levels of experience with tower cranes.”

Distributor expertise is vital to customers, said David Semple, senior vice-president at Manitowoc, the owner of Potain. The company awards distribution rights only where the depth of product knowledge and proficiency has been demonstrated, says Semple.

Innovative spillway design put to the test as dam overflows