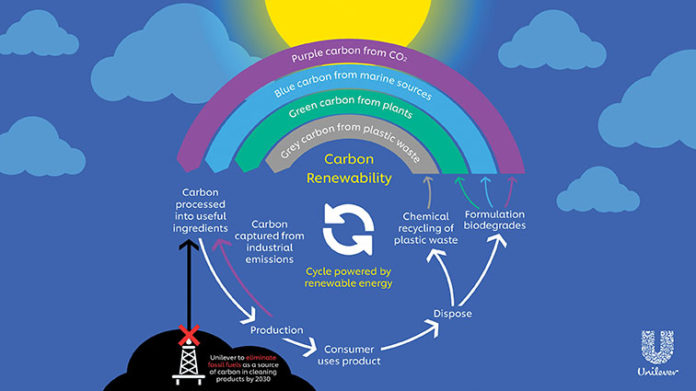 UNILEVER’S commitment to investing 1 billion Euros (more than R19 billion) globally on technology to help it to transition away from fossil fuel derived chemicals in its cleaning and laundry products by 2030 could prove a key tipping point in the quest to reverse climate change.

But for this to happen, it will require buy-in from all stakeholders, including businesses, competitors, government, civil society, and consumers.

That was the message that emerged during a panel discussion between some of South Africa’s premier sustainability experts hosted by the consumer goods leader, to mark the local launch of its Clean Future campaign.

“There’s simply no disputing that the world is getting warmer, driven by our addiction to fossil fuels,” said Dr Andrew Venter, the Director of the Cambridge Institute for Sustainability Leadership’s operations in South Africa. He warned that if this did not change, the consequences were already revealing themselves, including extreme weather events, floods, droughts, and mass extinctions would become more frequent and devastating.

“This is why it’s so encouraging to see a business of Unilever’s scale make this dramatic commitment, one that amounts to an irrevocable business shift,” Venter said.

He was referring to the fact that most cleaning and laundry products available today contain chemicals made from fossil fuel feedstocks, a non-renewable source of carbon.

Lethepu Matshaba, Unilever Homecare VP for Africa said the company’s move to renewable or recycled sources of carbon for these chemicals is a deliberate shift away from the fossil fuel economy, and a critical step towards its pledge of net zero emissions from its products by 2030.

She said this shift would be particularly impactful given the scale and reach of Unilever’s homecare value chain. “We work with 6,200 employees across 150 factories. Homecare has a turnover of 10.8 billion Euros, or 21% of total Unilever turnover. Over 1 billion people enjoy the benefits of our products every day.”

Outlining the programme, Unilever’s Research & Development Director Africa, Jennifer Cromie said this will entail ring-fencing 1 billion Euros to finance biotechnology research, CO2 utilisation, low carbon chemistry, biodegradable and water-efficient product formulations, and will halve the use of virgin plastic by 2025. This investment will also support the development of brand communications that make these technologies appealing to consumers.

Panellist, Kirsten Barnes, Lead for the SA Plastic Pact welcomed the announcement, saying she was encouraged to see that Clean Future didn’t just focus on the sustainability of the packaging, but also the products inside which “too often just wash away, out of sight out of mind”.

“I commend Unilever on its commitment. It will be such an inspiration to our other members as they seek to make their own changes,” Barnes said.

Matlou Setati Executive for Food Safety from the Consumer Goods Council of South Africa concurred. “Industry bears a huge responsibility to develop products with the environment at heart, use less harmful ingredients and produce less packaging pollution,” she said, adding that partnerships were key to the success of the initiative, particularly when it came to waste collection and recycling.

Nick Tandi, Senior Water Resources Management Specialist from the Water Resources Group at The World Bank, said he was particularly excited at the water saving implications of Unilever’s “ambitious” Clean Future goals, including its intention to introduce products that use less water. “In addition, biodegradable products will significantly reduce the costs of treating the wastewater, costs that would otherwise be passed on to consumers in their bills or add to municipal debt,” Tandi added.

In response to a question about how Unilever intended to be held accountable to its Clean Future promises, the company’s Homecare Director for Southern Africa, Nathan Palmer said, it was important to realise that Clean Future, ambitious in scope as it is, was just part of a wider commitment by Unilever to work towards a goal of zero harm to the environment.

“We’ve made an extremely public commitment here. We’re confident we’ve got the internal commitment and external partners to make this happen. But we ask you to hold us accountable if we fall short.”

Wrapping up proceedings, Matshaba said the scale of Unilever’s impact, both globally and in South Africa, presented a tremendous opportunity as well as huge responsibility.

“For some time, we’ve been guided by the principle, ‘Making your Home a better World and our World a better Home’. I’d like to think we’ve done a good job at the first part. Now, with Clean Future we’re getting serious about delivering on our commitment to making the world a better home.”