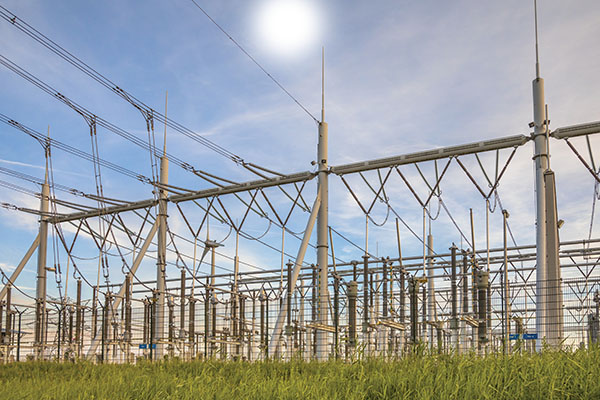 Denise van Huyssteen, CEO of the NMBBC said the methodology is based on guidelines and benchmarking rather than on the cost of supply which is being stipulated in the legislation. This, she added, enabled municipalities to implement excessive tariffs and then to utilise this to fund escalating electricity losses which are the result of their own inefficiencies.

These included lack of maintenance of infrastructure as well as rampant cable theft and had resulted in tariff differentials between distributors in South Africa being as high as 60%.

“We are very concerned about the current dysfunctionality of the external operating environment and the associated unacceptable escalating costs of doing business and in particular the sustainability of electricity supply,” says Van Huyssteen.

“The continued unlawfulness of the municipal electricity tariffs could lead to uncontrollable escalations from current tariff levels. Furthermore, business is under tremendous pressure in relation to electricity pricing as Eskom is applying for increases exceeding 20%.”

She said continued excessive mark-ups from municipalities would exacerbate pressure on municipal consumers and in particular on businesses who are dependent on electricity for the continuity of their operations. “This is clearly an unsustainable situation for businesses who are reeling from the economic repercussions of the pandemic and the July civil unrest.”

Melanie Veness, CEO of the PMCB said the two business chambers had participated in year-long consultations on this issue during which Nersa had confirmed that they would not review their methodologies without a legal challenge.

“We have therefore determined that we have no other option but to embark upon a legal challenge to halt the implementation of unlawfully high tariffs, which will result in industry paying for inherent inefficiencies in the system.

“Our challenge seeks for the methodology for municipal customers to be based on the efficient cost of distributing electricity, excluding mark-ups which are not permitted for municipal customers. “We believe that the guideline and benchmarking methodology is inconsistent with electricity legislation and therefore unlawful, and as such licensees should only be permitted to recover efficiently-incurred cost of supply plus a reasonable margin.”

Veness said electricity income accounts for a substantial portion of the total revenue of municipalities.

“The reality is that electricity income is not spent exclusively on electricity and is utilised to cross-subsidise other municipal functions. If tariffs are approved without the efficiency of the costs being interrogated, there is no real incentive for municipalities to spend electricity income on infrastructure or to address theft, waste, fraud and corruption in the electricity system.

“The private sector is simply expected to carry the cost of these losses and inefficiencies. With Eskom’s tariffs having increased by around 180% in real terms over the last 15 years, municipal tariffs have to be limited to efficiently incurred costs. Our joint action on behalf of our members will hopefully achieve this. We trust we can co-operate with our municipalities and come up with solutions which will enable growth and development,” Veness said.

Van Huyssteen said a win for the two chambers would ultimately benefit all South African businesses and consumers.

“This is the second time that the Nelson Mandela Bay Business Chamber has taken on a case of this nature and in 2017 we were successful in getting the North Gauteng High Court to set aside the 9.4% tariff hike granted to Eskom, thus restricting Eskom’s 2017 electricity increases to 2.2% and providing savings to businesses and consumers across the country.”

She said that the electricity challenge was being funded by member businesses. “We urge other businesses to stand together with us and to join our legal challenge so that we can prevent exorbitant and unfair electricity increases being imposed and impacting the sustainability of business operations.”