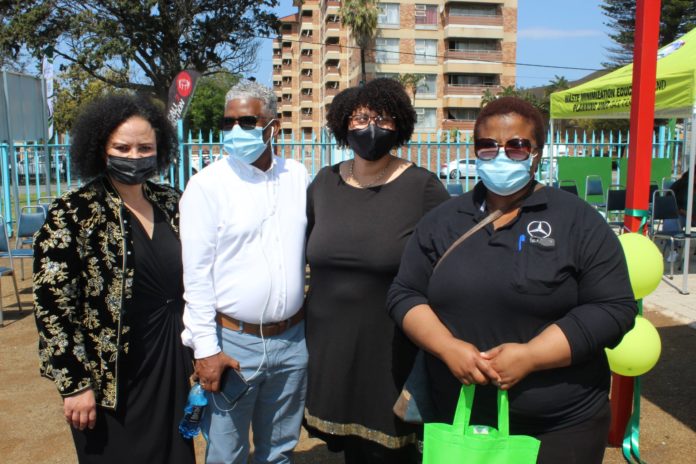 CALL-2-Action, a partnership between business and government in the Buffalo City Metro, recently launched the Southernwood Buy-Back Centre.

It also aims to encourage recycling, by offering cash incentives. The Southernwood Centre is intended to be the first of many future recycling stations in the metro and was hailed by Executive Director of the BKCOB, Lizelle Maurice, as a step in the right direction towards becoming the cleanest city in the country.

In her speech, Moloi acknowledged the littering crisis in Buffalo City and said she was confident that this Centre, being the first of many, would return the area to its former glory. She also commended the Metro for taking charge, saying, “we cannot let a good crisis go to waste”.

Drayton Brown, Project Manager at the BKCOB, having been at the foundation of this project, stressed the importance of collaboration especially by the public and private sectors.

“BCMM needs to set aside a specific budget to contribute to public private partnerships. Another aspect is the extended producer responsibility of manufacturers. As an example, if we used funds from the plastic bag levy from local manufacturers, we wouldn’t need any further funding from additional sources.”

Patricia Pillay, CEO of POLYCO, also one of the main funders of the initiative described it as the first of its kind in the country. “It is through such strategic partnerships that we get to accomplish great things. The right partnerships and focusing on what can be done in the now,” said Pillay.

The audience also heard from Abongile Tyopo of Mercedes-Benz South Africa (MBSA), another main funder of the Call-2-Action, who elaborated on the role of the MBSA plant in managing the waste in the Metro, as well as all their efforts to stay green.

Deputy Mayor Neale-May stressed the importance of such initiatives to the city’s efforts to attract investors provide a source of income for locals.

“We acknowledge that the state of cleanliness is not at the desired level yet, but we can confirm that we are operating at capacity to ensure that waste is removed on schedule,” she said.