LEROY-Somer has announced AREP+, an improvement of its auxiliary winding technology for the TAL alternator range, a upgrade it says significantly improves the electrical performance of equipped alternators, including gains in motor starting capacity of up to 30%.

The new AREP+ system uses the output voltage of the main stator as H1 and a single auxiliary winding H3 inserted in selected slots of the main stator. The combination of these inputs is then used to power the controller, combining the power of a traditional Shunt system with the reliability and control level of an AREP system.

Under the same conditions, more power is taken to supply the regulator, which increases the excitation capacity.

This excitation system is made possible by the improvements brought by Leroy-Somer to its range of regulators such as the R180 or the D350. The new regulatrors are able to process much higher voltage than with a standard AREP system without any risk for the excitation chain.

“As a result, the starting kVA performances are improved by up to 30% depending on the generator models. This level of performance is decisive in situations where generators are used in an industrial context where electric motors must be started.”

Because of its optimised design, the AREP+ technology also allows other performance improvements including accelerated response time of the excitation chain, with an observed decrease of 20 to 30% and quicker startup of the excitation system, up to twice as fast with a theoretical start possible from 20 Hz.

“We are extremely satisfied with the performance of the AREP+ system,” said Wenbin Ding, Low Voltage Product Manager “This new innovation is part of our commitment to offer reliable and efficient products with the TAL range, taking advantage of latest electric power generation technologies. It also proves that our strategy to grow our internal expertise around excitation systems is paying off.”

During its development, the AREP+ system has been tested and subjected to a number of deforming loads. Under these conditions, the AREP + offers a remarkable level of performance, comparable to that which can be observed on a conventional AREP system.

“The AREP+ technology has been tested and used by some Leroy-Somer OEM customers for several months, and the first feedback from the field demonstrated satisfactory levels of performance and reliability.” 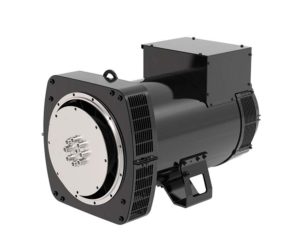 WHEN a large petrochemical tank farm depot in Germiston was investigating alternative maintenance methods that are cost-effective as well as quick and flexible, it...
Read more
Commercial & Fleet

IFM South Africa is offering measuring light grids, which it describes as “perfectly suitable” for monitoring intralogistics processes. An evaluation of how many and which...
Read more