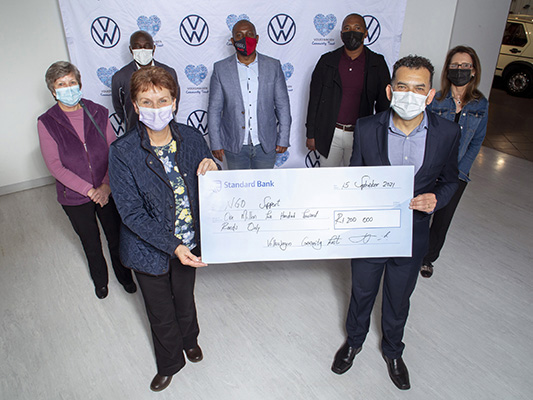 IN line with its priorities of youth and community development, Volkswagen Group South Africa (VWSA) has pledged its support to 10 non-profit organisations working in the communities of Nelson Mandela Bay.

“As the VW Community Trust, our priorities include the promotion of community and youth development,” said Nonkqubela Maliza, Director of Corporate and Government Affairs at VWSA. “The organisations we are supporting align with these priorities and play an instrumental role in uplifting the communities in which VWSA operates.”

CALL-2-Action, a partnership between business and government in the Buffalo City Metro, recently launched the Southernwood Buy-Back Centre. The initiative of the Border-Kei Chamber of...
Read more
Automotive

ABB is on track to meet its energy metering commitments, as it secures prestigious Eichrecht compliance for its high-power DC chargers in Germany. A...
Read more