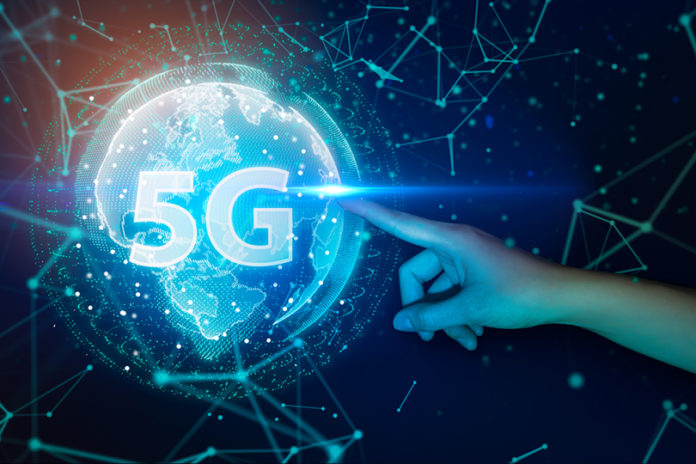 South Africa’s communications service providers are unanimous that 5G will be a key enabler of the Fourth Industrial Revolution. This is a core finding of a new study by World Wide Worx.

Titled “5G prospects for South Africa in 2021: The Operators”, the study is based on interviews with the country’s four major mobile network operators, and 21 Internet and communications service providers.

“However, network providers in South Africa have not been provided with adequate spectrum to facilitate the upgrading of these networks and make most efficient use of these communication technologies, or to achieve their full potential.”

The advent of 5G has brought this issue into sharp focus, emphasising the vast possibilities of communication technology, as well as the gap that exists in South Africa between the spectrum resources available and those utilised.

“Based on the research findings, it is evident that operators require expedited allocation of spectrum that holds the following characteristics: contiguous and not fragmented, reasonably priced, and not interfered with by other radio signals,” said Goldstuck.

Providers were unanimous that a high price for bidding on spectrum will have direct impact on quality of service. At the end of September 2020, the regulator, Independent Communications Authority of South Africa (Icasa), was due to issue an Invitation to Apply (ITA) for spectrum that is appropriate for high-speed mobile broadband.

“It is no coincidence that the release of the report comes shortly before the issuing of the ITA,” said Goldstuck. “We believed it was important for a consolidated view of the industry to be available to Icasa ahead of the invitation.”

The spectrum is due to be issued in three main bands, namely 700-800 MhZ, referred to as low-frequency bands, and high frequency spectrum across the 2.3GHz-2.6GHz and 3.5GHz bands. Collectively, these are referred to as “high-demand spectrum”, and the mid-frequency bands are generally regarded as appropriate for 4G services.

Significant blocks of high-demand spectrum have not been issued to the major network operators by Icasa since 2005, when it allowed use of the 2.1GHz band for the roll-out of 3G networks by Vodacom and MTN. Cell C was allocated spectrum in 2011. Since then, operators have had to “refarm” 3G spectrum to facilitate the roll-out of 4G to consumers. As a result, investment that could have been made in providing affordable access to customers was diverted to servicing technical issues.

Along with reasonable pricing, service providers say instalment payments of spectrum should be made available as an incentive. This will allow the regulator to charge prices which they deem fair while giving operators cash flow breaks from paying for spectrum in a lump sum.

The urgency of digital migration of TV signals from analogue to digital was also raised by service providers as a key to using the 700 and 800MHz spectrum bands, currently used by analogue TV broadcast.  Digital migration will result in more efficient use of signals, freeing up large segments of spectrum for Internet access.

“The industry believes that digital migration should be prioritised with extreme urgency to maximise the usefulness an operator can get from their temporary allocation,” said Goldstuck. “Until then, deployments over this band segment will be hindered by quality of service issues.”

Ultimately, the study finds, the allocation of new spectrum is an opportunity to utilise communications technology for economic development for the country as a whole. It will form a foundation stone for the roll-out of technologies underlying the Fourth Industrial Revolution, such as artificial intelligence, the Internet of Things, autonomous technologies, and cloud computing.

“Consequently, regulators and government must avoid the pressure to advantage a small number of applicants that do not enable the spread of benefits, and ensure that the power and potential of 5G benefit the maximum number of South Africans,” said Goldstuck.

THE coexistence of multiple screens – phones, tablets, laptops and PCs – is especially common in the business world, particularly as companies continue to...
Read more
Uncategorised