Why zinc fertilisers are key to better cereal-crop yields 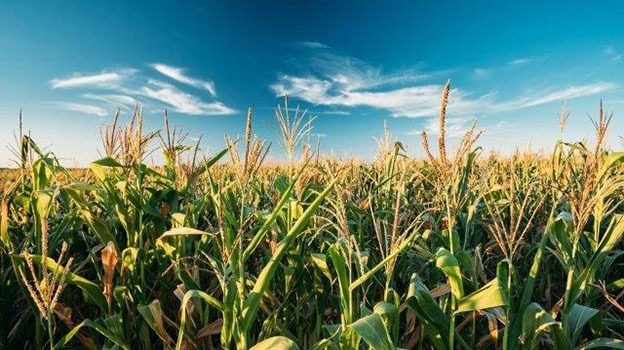 IN Sub-Saharan Africa, soil health concerns are largely due to poor nutrient supply in the soil. Increasing population pressure on agricultural land has led to a breakdown of traditional practices, resulting in much higher nutrient outflows.

Also, there is insufficient support to small farmers to implement soil and cropping practices that could potentially reverse this depletion.

A consequence of poor soil health is the high prevalence of food and nutrition insecurity due to lower agricultural production, less fodder for cattle, less fuel wood for cooking and less crop residues and cattle manure to recycle nutrients to soils.

Although zinc is an essential micronutrient for plant growth, zinc input has received far less attention than nitrogen, phosphorous or even irrigation. Almost half of cereal-growing areas globally have soils with a low level of plant-available zinc.

Therefore, the application of zinc fertilisers is essential in such soils to boost cereal yield and grain zinc concentration. Numerous studies have indicated that maize grain yield, for example, increases significantly when zinc fertilisers are applied to zinc-deficient soils.

This calls for a better understanding of the critical role that zinc fertilisers play.

Not only are half of the world’s agricultural soils deficient in zinc, so is a third of the global population as a result. The use of zinc-enriched fertiliser (for instance zinc-coated urea or zinc-enriched NPK) in Turkey, Australia, South Africa or India has resulted in significant increases in yields, as well as boosting zinc concentration in rice and wheat.

The best way to increase zinc density in grain has been demonstrated to be foliar applications.

A recent study revealed that “agronomic biofortification using a foliar-applied fertiliser containing iodine, alone or in combination with selenium and zinc, is effective in improving grain iodine concentration.”

The study also examined potential iodine losses during the preparation of foodstuffs with the enriched grains and found that iodine levels had lowered but remained significantly higher than foodstuffs prepared with non-enriched grains.

Here the critical shoot zinc concentrations for high pollen viability and high kernel numbers of inferior grains have been shown to be 31.2 and 33.6 mg/kg respectively.

The international HarvestZinc project HarvestZinc has demonstrated that simultaneous foliar applications of zinc, iodine, selenium and iron in the same solution results in significant increases in zinc, iodine and selenium concentration, and modest ones in iron in grains of different wheat cultivars under various agro-ecological conditions, without grain yield trade-off.

Therefore, it is critical to consider global micronutrient balances in order to improve crop yield and quality and human health. Studies have also shown the importance of balanced nutrient feeding for improving livestock productivity.

Ensuring optimal supply of zinc in a well-managed fertiliser programme can have a measurable increase in crop production and return on the farmer’s investment, while the increased concentration of zinc in plans is also beneficial to human health.

This calls for an enabling environment based on strategic cooperation with the fertiliser industry supplying the products, scientific organisations assessing the extent and impact of micronutrient deficiencies in soils, plants and human populations, and governments which stimulate the adoption of biofortification practices by farmers through economic incentives, subsidies and legislative mandates, together with technology and knowledge transfer.

PETROL and diesel prices could rise by as much as R3 a litre when the fuel tax returns to normal in June. Treasury cut the...
Read more
Agriculture

By Dawie Maree and Gert Breet THE importance of the agricultural sector to South Africa extends far beyond its direct contribution to GDP of around...
Read more
Agriculture