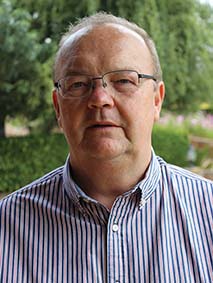 SURFACE mining industry association ASPASA is lobbying government to urgently crack down on ill-conceived borrow pits that are jeopardising legitimate quarries and threatening the livelihoods of thousands of workers in the industry.

“Once a business shuts down and closes its doors it is too late. We cannot simply stand by while licensed, legally compliant and sustainable quarries are being put out of business by borrow pits that are opened to supply certain large-scale projects more cheaply,” said association Director Nico Pienaar.

He added that these do not employ permanent workers, do not invest heavily in capital equipment and have the potential to scar the environment in ways that can render tracts of land unusable for future generations.

“While some in the construction industry, and even some engineering bodies, have called for easy-access to “cheap” aggregates, such an idea is ill-conceived and will lead to catastrophe in the quarrying industry with the consequence of large-scale building material shortages and a rapid downward spiral in material quality.”

Pienaar said borrow pits like these are only established for large and lucrative contracts and neglect smaller scale and more specialised requirements. That means the cream of contracts will be eroded from formal quarries, many of whom are only able to survive and recapitalise as a result of this type of cash injection that occurs from time-to-time.

“The knock-on effect is that hard-to-reach aggregates will be neglected, specialised crushing and screening equipment will not be procured and as a result aggregates for high strength concrete and specialised construction will become unavailable. These cannot then be simply imported, as the cost of transport will make it completely unaffordable.”

He said the association was engaging the Department of Minerals and Energy, the South African National Roads Agency Limited, the Department of Environmental Affairs and other stakeholders to discuss the ramifications of these “short-term remedies” to cost saving initiatives.

“We have already seen the collapse of the large-scale construction sector, mass exodus of skills required to deliver infrastructure and the emergence of mafia style syndicates taking advantage of loopholes in the procurement practices in the construction industry.

“We rather call for engagement with all stakeholders, because with proper planning our industry has the ability to deliver whatever is required to build South Africa sustainably and to continue to thrive and employ ever-growing numbers of workers for generations to come. Surely, that is a better solution,” Pienaar said.

ILLICIT sand mining in rivers around the country is taking a damaging toll on the environment and as well as unprotected pits that create...
Read more
Finance & Investment